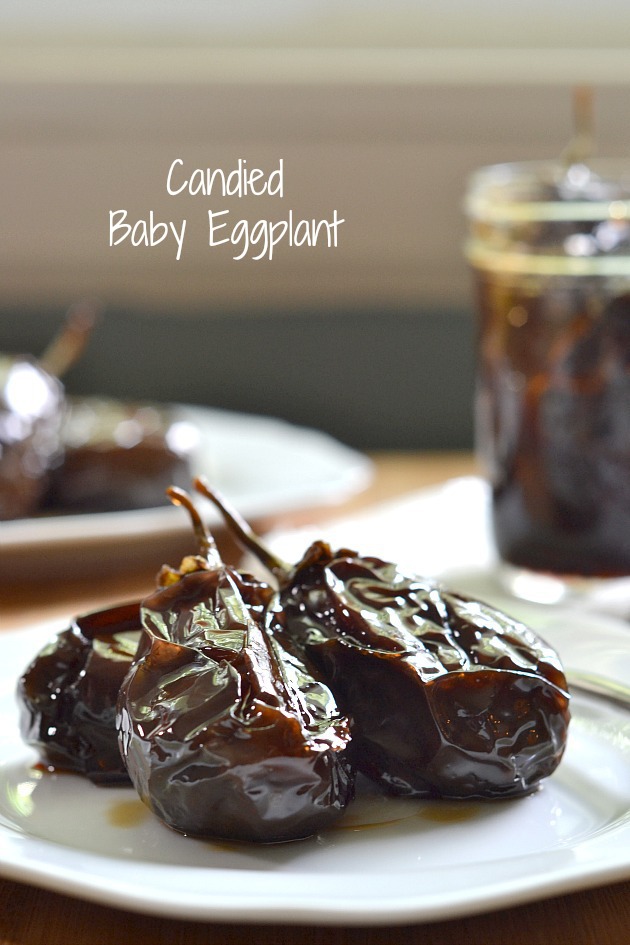 So I recently bought these adorable teeny tiny Indian eggplant at my local grocery store after devouring them on a salad at Mason & Mug in Brooklyn. I had no idea what I was going to do with them but I knew I would come up with something good. Well…I came up with nothing! Absolutely nothing. Sure, I could roast them, stuff them or fry them but that just wasn’t doing it for me. So during one of my daily chats with my good friend Chanie from Busy in BrooklynÂ (she has a great blog so go check it out!), I brought up my dilemma with these adorable little eggplants and she was like “why don’t you candy them???” Brilliant! Chanie explained that it is a traditional Syrian snack so I started doing some online research on it. As it turns out, there are many different names from candied eggplant, including Berenjenitas en Dulce (the Moroccan version) and Gliko Melitzanis (the Greek version) and I’m sure there are many more versions out there that I didn’t even find. But what I couldn’t find were many recipes on how to make candied eggplant so I combined some that I could find to create my own version with natural syrup from dates. I’m sure you can use raw honey or pure maple syrup as well and the eggplant would be just as sweet and sticky. Try it out and let me know how it goes! And if you have anymore information on the history of candied baby eggplant, let me know in the comments below. 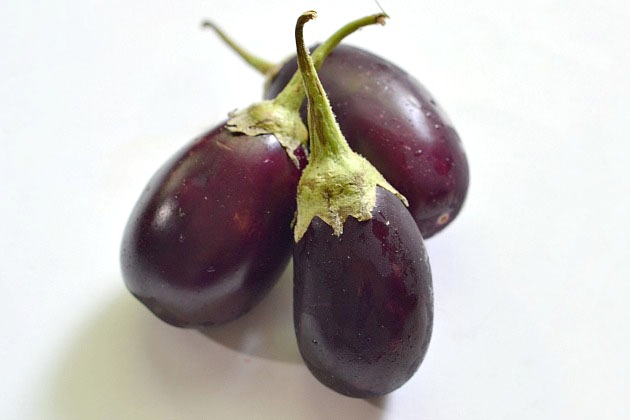 It all starts with these adorable baby eggplant. You can use larger eggplant and slice them up but it wouldn’t be as pretty. I poked holes in the eggplant, boiled them for a few minutes then soaked them in some of the Silan date syrup until they cooled. This allowed all of that delicious syrup to seep into the holes of the warm eggplant. 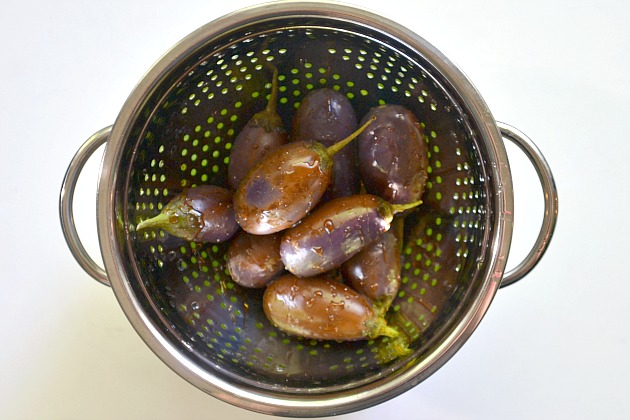 Then I created a spice bag filled with cloves, cinnamon, juniper berries and black peppercorns and added it to a pot with the soaked eggplant, water and more Silan date syrup. I simmered the eggplant for over an hour, until the syrup was sticky and thick and the eggplant were cooked down and candied. 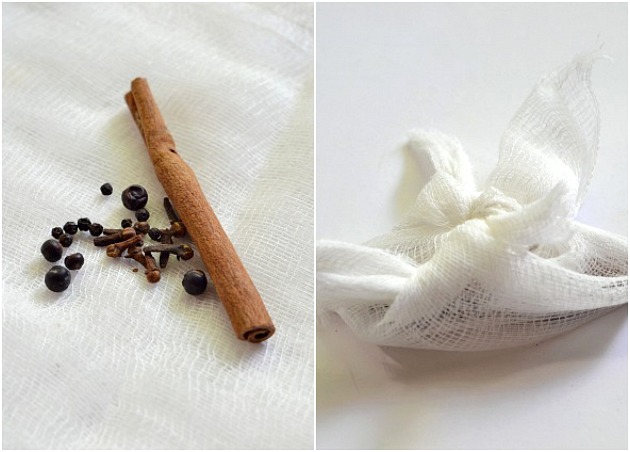 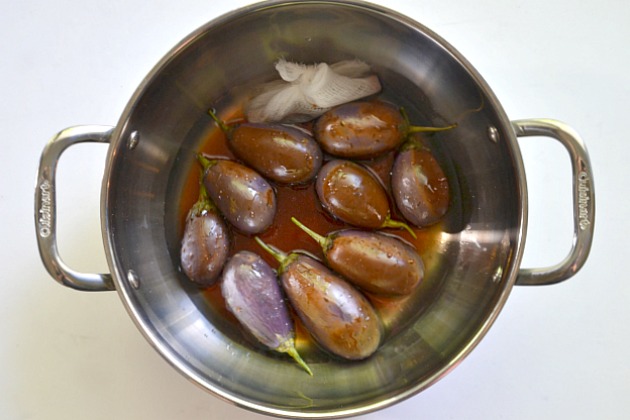 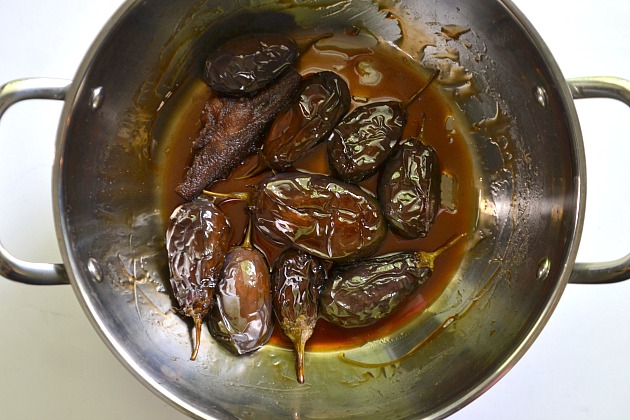 I enjoyed my candied baby eggplant with a cup of hot tea but you can eat them plain or even use them as a condiment on top of a piece of lamb or veal. I might even try slicing some of the eggplant and eating it on a turkey burger. The mix of sweet and savory is out of control! 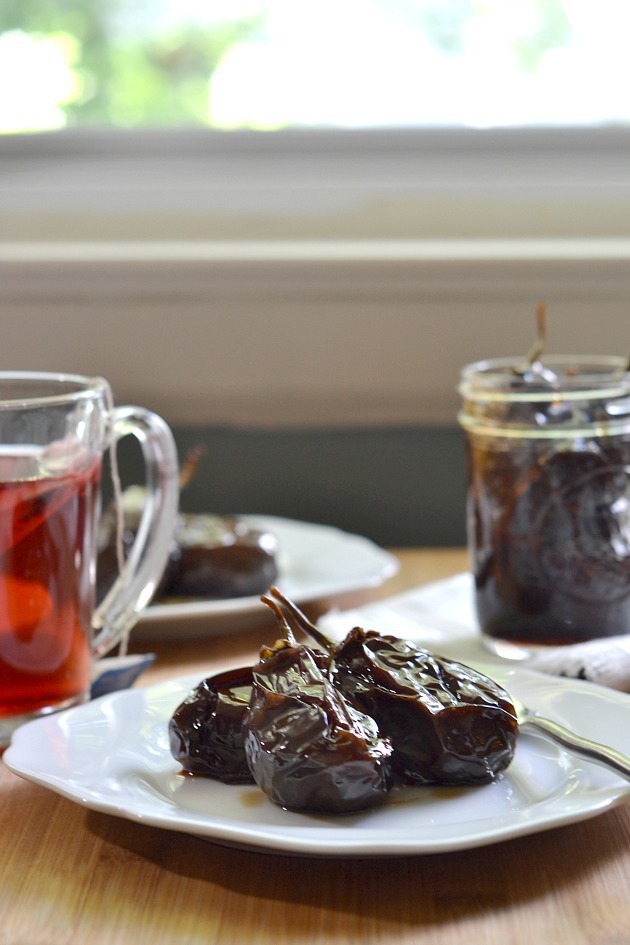 Bring 2 cups of water to a boil in a medium pot. Poke holes in the baby eggplant with a sharp knife, add to the boiling water and boil for 3 minutes.
Rinse the eggplant under cold water in a strainer, place the strainer in a bowl and pour 1/4 cup of the date syrup over the eggplant. Allow the eggplant to cool and soak up the syrup.
In a spice bag or cheesecloth, combine the peppercorns, cloves, juniper berries and cinnamon stick and close the bag tightly with a knot.
In the same pot that you boiled the eggplant, combine the remaining 1/4 cup of date syrup, 2 cups of water, spice bag and cooled eggplant and bring the mixture to a boil. Reduce the heat to medium-low and simmer the eggplant for 1 hour and 30 minutes, stirring occasionally, until the sauce is thick and the eggplant are sticky and have reduced in size.
Allow the candied baby eggplant to cool completely then place in a jar and refrigerate for up to one week.
7.8.1.2
234
https://melindastrauss.com/2014/08/28/candied-baby-eggplant/

One of my favorite chicken recipes ever! I forgot

Today we got our Covid tests done 😱 . We flew t