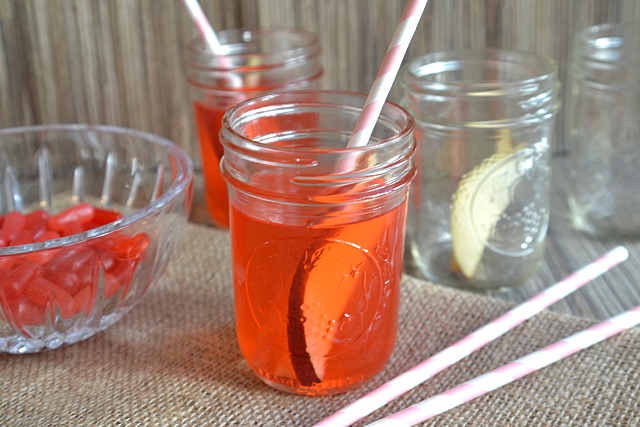 This months Kosher Connection link-up challenge was a doozy! We were asked to use three ingredients in our recipe, just like on the show Chopped, and I even had a say in the ingredients we chose. So you would think I might have some great ideas and I really did come up with some amazing inspiration…but unfortunately, things did not work out as planned. So our three ingredients were canned corn, pears and Mike & Ike Original Fruits candy. My idea was to infuse the vodka with pears and Mike & Ike’s then use the pears in an beautiful tart tartin with a cornmeal crust. A tarte tatin is an upside-down tart with the fruit caramelized in sugar and butter before baking. I love to make homemade tarts and the visual affect of this special tart tatin was going to be a show stopper. I mean, pink pears, a cornmeal crust flecked with corn kernels, and lots of delicious caramel. But sadly, the tart tatin just didn’t work out. I tried to make a cornmeal crust without any flour and it didn’t stay together. It just, well, fell apart. I flipped the tart out of the pan and it went everywhere! I did attempt to take a few pictures but you can see how those turned out…if you have a gluten free cornmeal crust to share with me, please post it in the comments below! I’m not going to give up on this! 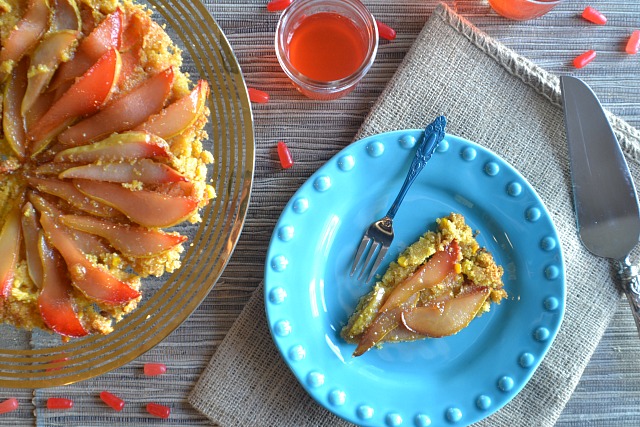 While the tart wasn’t really salvageable, I did snack on those delicious caramelized vodka and candy-infused pears and it made me realize that I could totally make this tart tatin again with puff pastry and it would be delicious. So don’t worry, I will find a time soon to make this tart tatin again and I will share the successful recipe on the my blog. But for now, I am still excited to share the sweet and pink vodka that I strained from the pears and Mike & Ike’s. Time to get drunk and forget about my sad tart tatin…

I added the pink and red Mike & Ike’s to the bottom of a large mason jar. 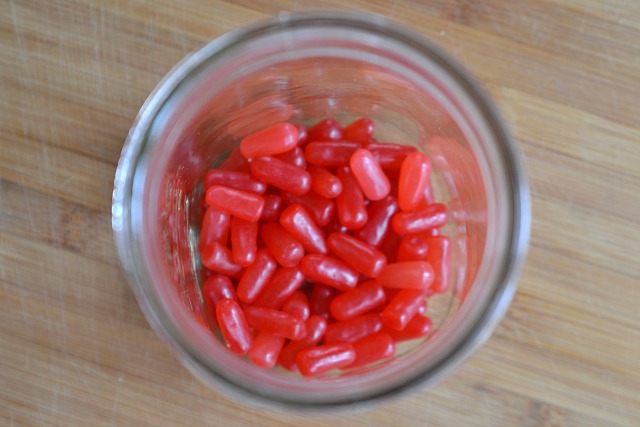 I added the sliced pears on top of the candy then poured the vodka over the top. I made sure all of the pears were covered in vodka. 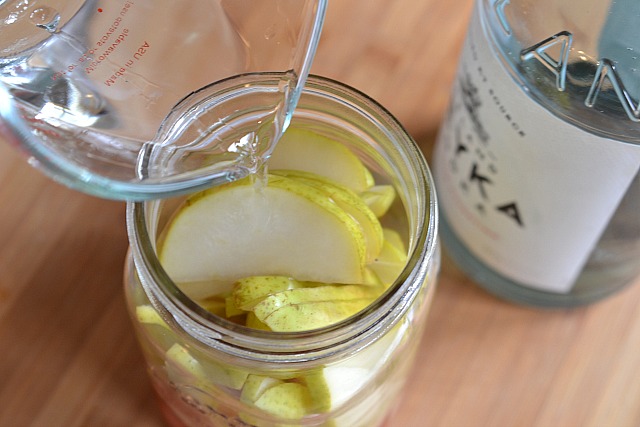 I closed the jar and placed the vodka mixture in the fridge for two days. 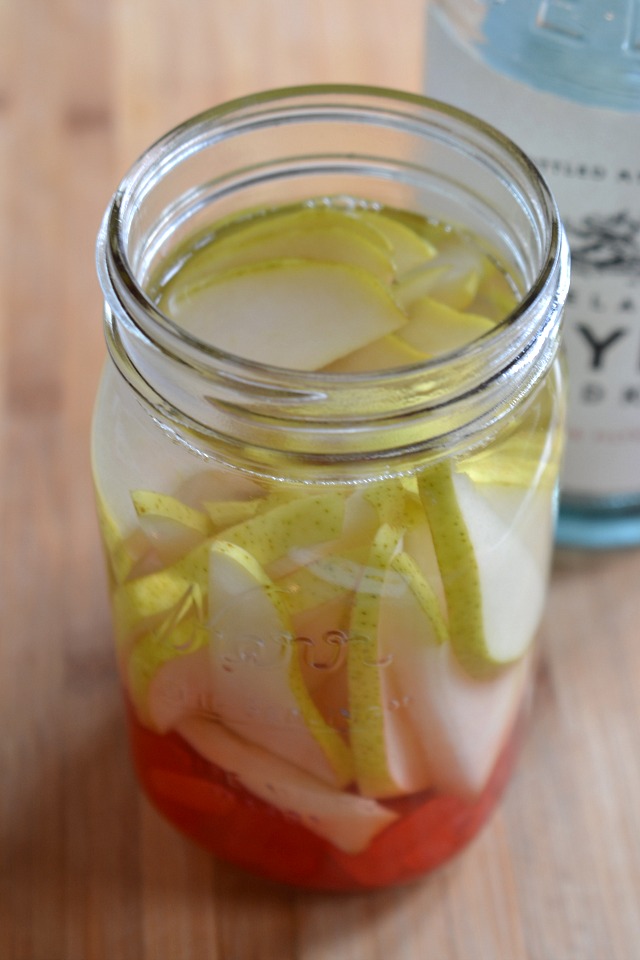 When the bottom of the mason jar was turning pink and the pears were beginning to change color, I took the jar out of the fridge and strained it to separate the candy and pears from the vodka. The pears had turned a beautiful shade of pink at the bottom and the candies had lost much of their color. You can snack on the pears at this point but those Mike & Ike’s were not really edible. They basically just melted as soon as I put them in my mouth. 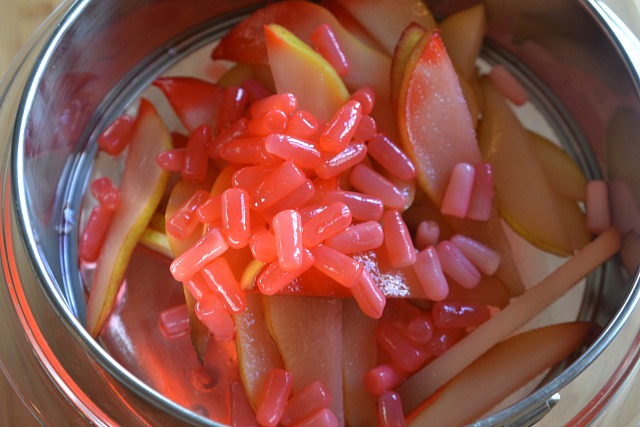 Check out how beautiful the pears looked in the pan! 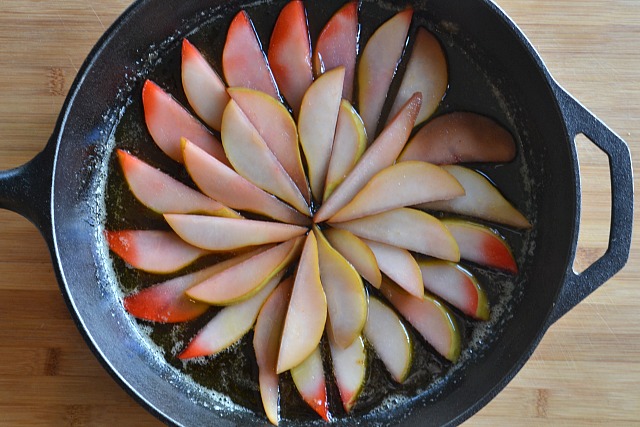 I poured the vodka in to smaller mason jars, added fresh sliced pears and drank. This is definitely a sweet vodka and you can really taste the candy! The pears help to keep this drink from being too sweet but trust me, this is definitely candy infused vodka! 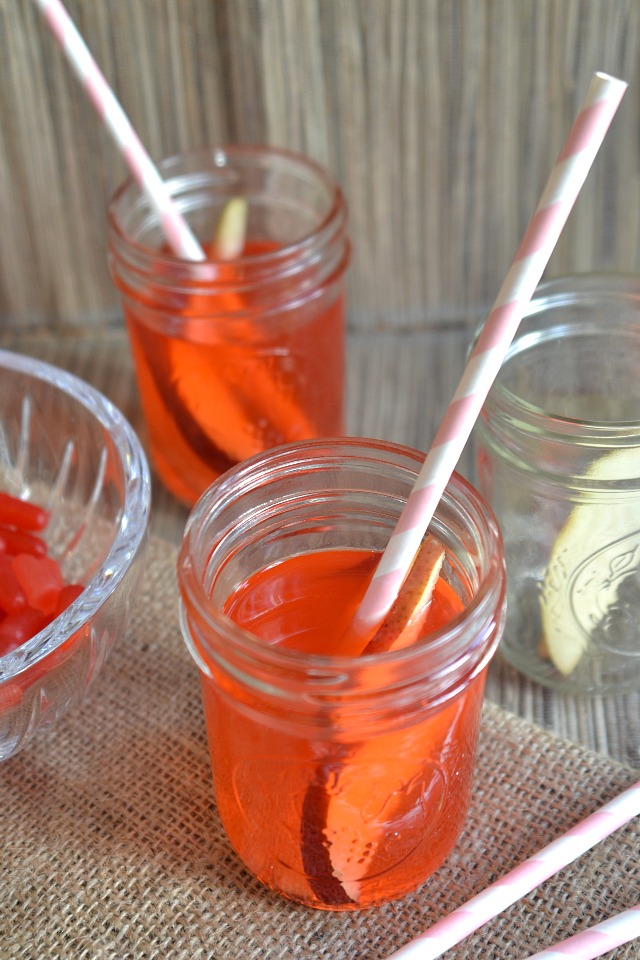 Add the pink and red Mike & Ikeâ€™s to the bottom of a large mason jar.
Add the sliced pears on top of the candy then pour the vodka over the top. Make sure all of the pears are covered with vodka.
Close the jar and placed the vodka mixture in the fridge for two days.
When the bottom of the mason jar is turning pink and the pears are beginning to change color, take the jar out of the fridge and strain it to separate the candy and pears from the vodka.
Pour the vodka in to smaller mason jars, add fresh sliced pears and drink.
7.8.1.2
188
https://melindastrauss.com/2013/10/21/mike-ike-and-pear-infused-vodka/

Grateful for these two today and I can’t stop gi

Have you registered to vote yet??? . @naominachman

If you dare to try and use your voice, be a light,

Do you know what you are praying for going into th

I decided to resurrect an old recipe from 2015 tha