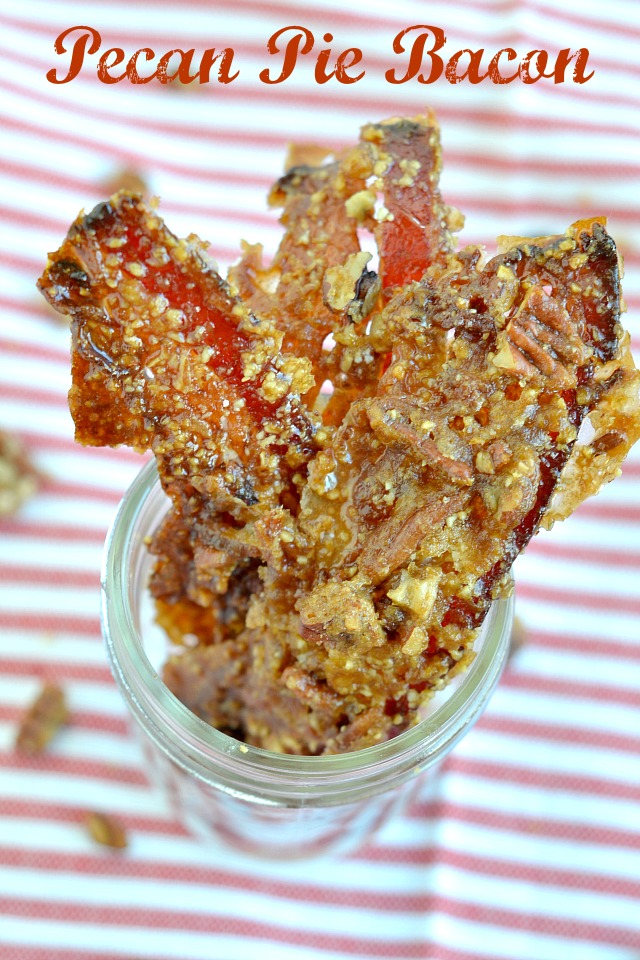 Beef bacon, veal bacon, lamb bacon…should I go on? Clearly I could eat kosher bacon every day. When people (pretty much everyone out there) say that everything tastes better with bacon, they are absolutely right! Add it to a stew, sprinkle it on eggs, stir it into ice cream and just eat it right out of the oven. Now that kosher bacon is so accessible, it really has become a special treat in my house and my kids absolutely love it. So after watching the “Eclair’s Gone Wild” episode of Kids Cooking Championships on The Food Network, I decided to try out a new bacon flavor on them. One of the contestants on the show made salted caramel eclairs topped with candied pecan bacon and it blew the judges minds! They said it tasted like pecan pie and and the idea took over. I would make kosher bacon taste like pecan pie! Yes, it could and WOULD happen! 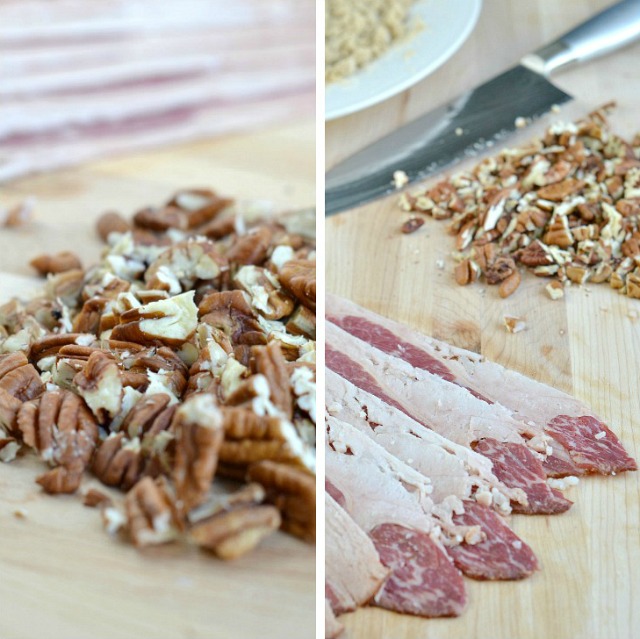 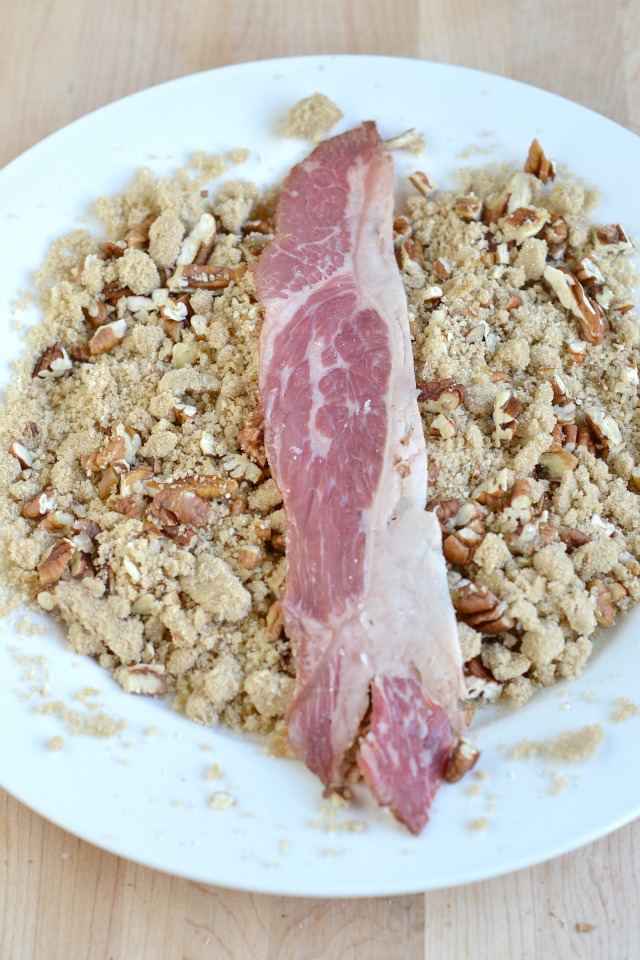 All that beef bacon dipped in brown sugar, almond flour and chopped pecans! 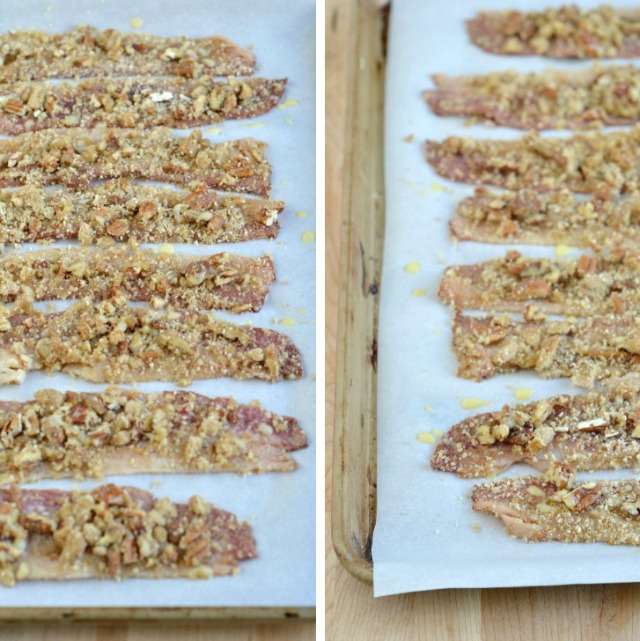 The brown sugar melted everywhere, creating a bacon brittle around the edges. Oh man, I ate way more than I should have! WAY MORE! 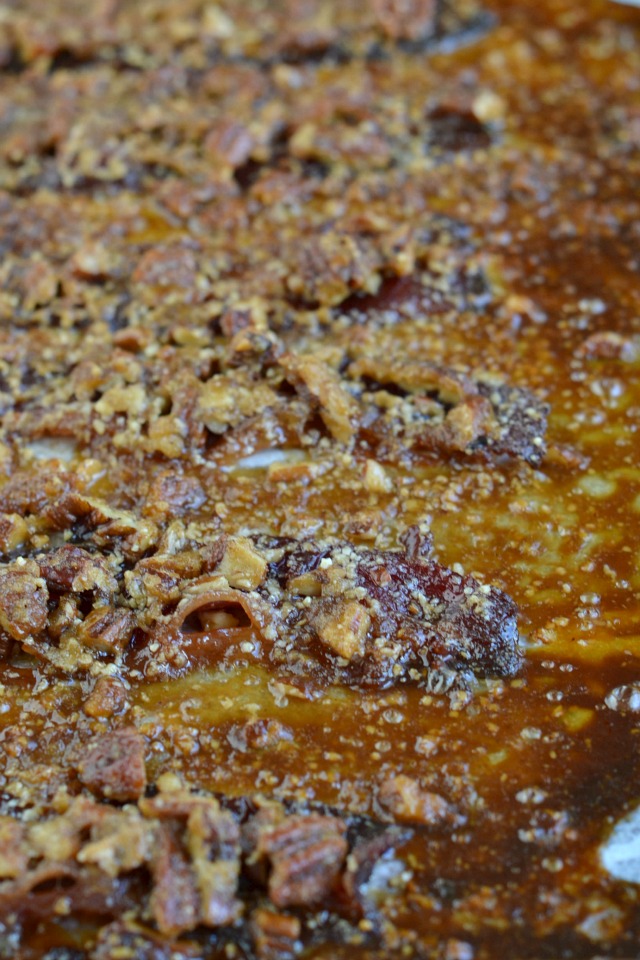 I separated the cooked bacon from the melted brown sugar and let it cool on a wire rack. So crunchy. So sweet. So salty. So pecan pie! 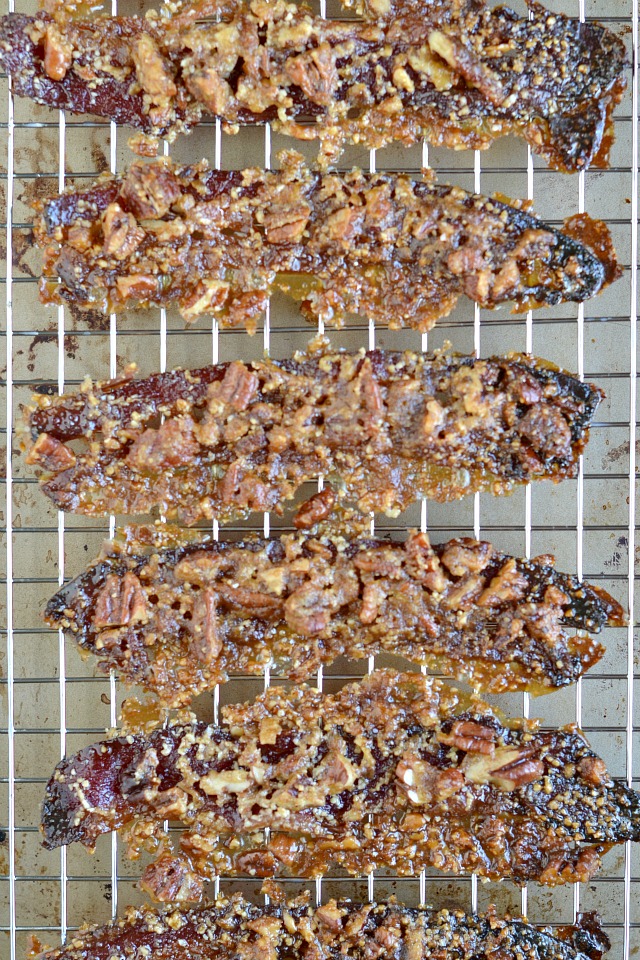 Preheat oven to 350 degrees F. and line a baking sheet with parchment paper.

On a plate, combine the brown sugar, flour and pecans and mix until well blended.

Brush each slice of facon with the melted margarine then press into the pecan mixture to coat both sides. Brush again with melted margarine. Arrange the slices close together on the baking sheet.

Bake until browned and crisp, around 30 minutes.

Drain the candied pecan pie facon on paper towels or a wire rack and cool. Serve at room temperature. 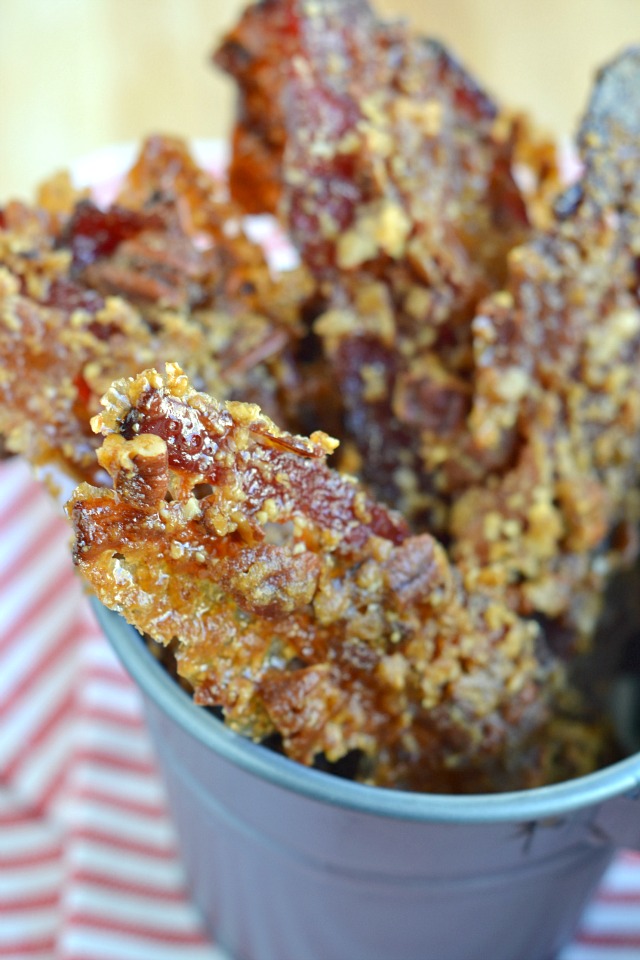 I seriously miss this guy right now! . And not jus