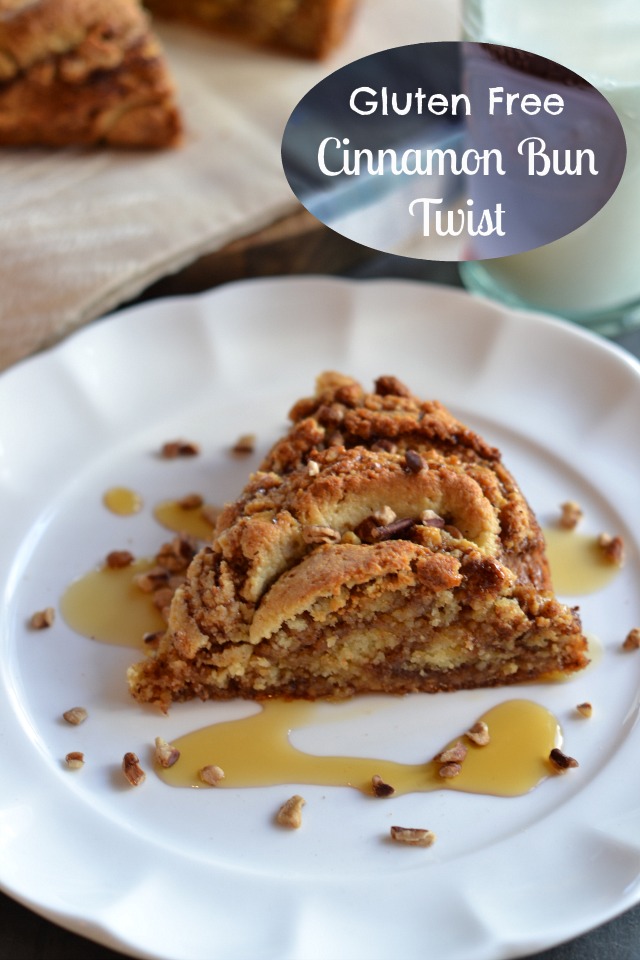 The BEST gluten free cinnamon buns that people are obsessed with! I’ve included step by step pictures (below the recipe) because the dough can be sticky and I want you to see how it should look as you prepare it. You can also make this dough into smaller cinnamon buns or a babka! 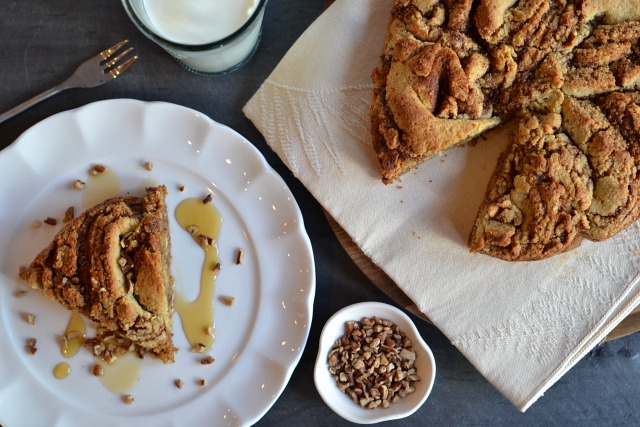 Preheat the oven to 350 degrees F.
In a bowl, combine the almond flour, salt and baking soda.
In a separate bowl, beat together the melted coconut oil, honey and eggs. Add the egg mixture to the almond flour mixture and stir with a spatula until a smooth dough forms. Since the dough is sticky, let it rest in the fridge for 10 minutes so it will be easier to work with.
Rip two large pieces of parchment paper and place one on my counter. Lightly grease the outside of the ball of dough with oil then place the dough on the paper.
Place the other piece of parchment on the dough then roll out the dough to a 9x13 inch rectangle. Discard the top piece of parchment then drizzle the dough with the honey.
Combine the coconut sugar and cinnamon then sprinkle the mixture over the honey and spread it out all over the dough.
Carefully, using the bottom piece of parchment paper as a guide, roll up the dough from the wider side, keeping it tight as you roll. It's okay if there are some funny creases and rips in the dough but be careful not to rip it too much. This dough is not as pliable as regular cinnamon bun dough since it's made with almond flour but if you take your time, you'll be just fine.
Using a very sharp knife, sliced the dough in half lengthwise, leaving the top few inches in tact. Carefully open the dough to reveal the layers inside.
Carefully twist the halves over each other then connect the end together to create a circle. The dough can be a bit fussy so if it tears as you twist, just pinch it back together.
Slice off the edges of the parchment paper, leaving a few inches around the edges of the dough, and lift the ring in to a 9-inch round baking pan.
Bake the cinnamon bun twist for 30-35 minutes, until the top is browning. If you want to keep the ring shape, place an oven-proof mug or small bowl in the center of the dough before you bake. Grease the mug or bowl before baking.
Cool the cinnamon bun twist on a cooling rack then slice and enjoy. Once the twist is baked, it is still delicate so be careful when moving it. I suggest keeping it on the parchment paper and even wrapping it with more parchment paper when storing in an airtight container.
Top a slice with pure maple syrup and chopped pecans or use your favorite cinnamon bun icing.
7.8.1.2
197
https://melindastrauss.com/2013/12/16/gluten-free-cinnamon-bun-twist/ 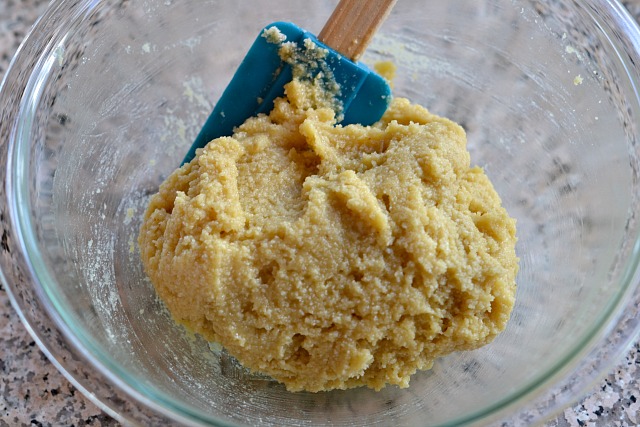 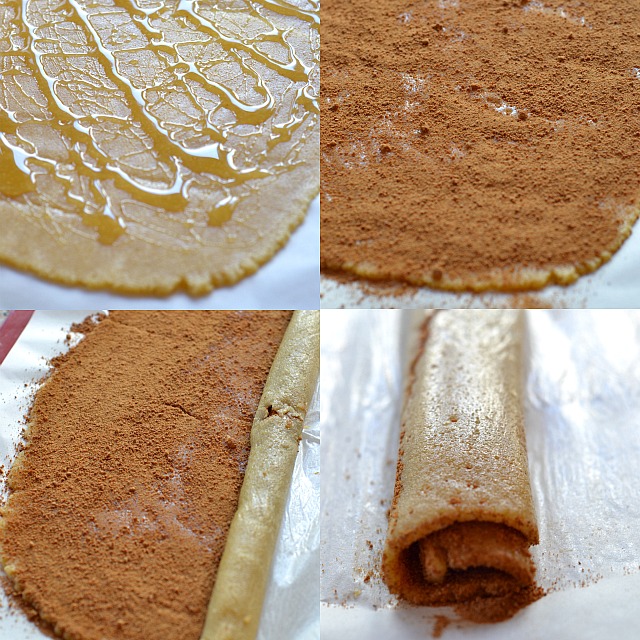 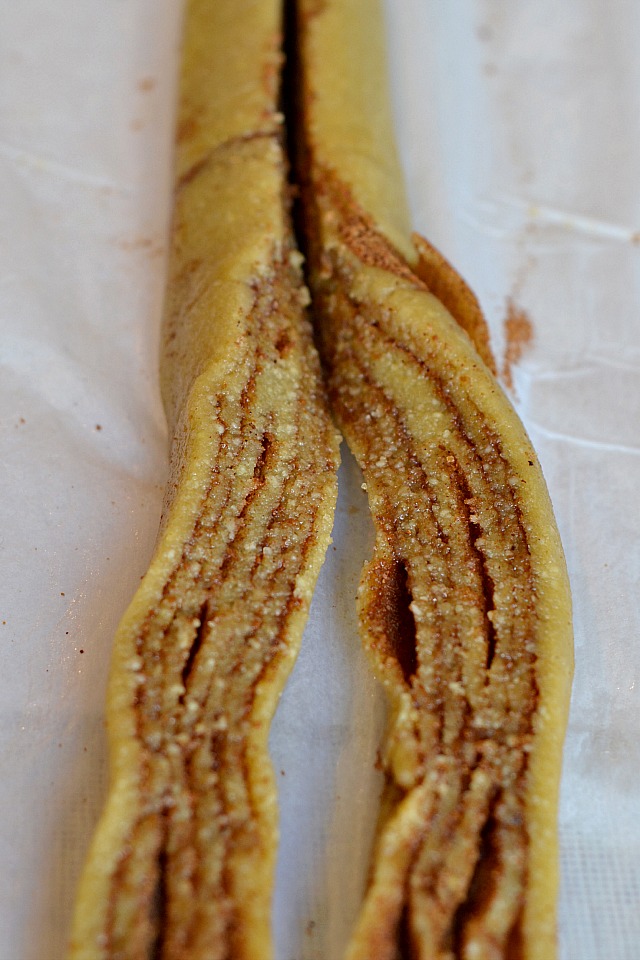 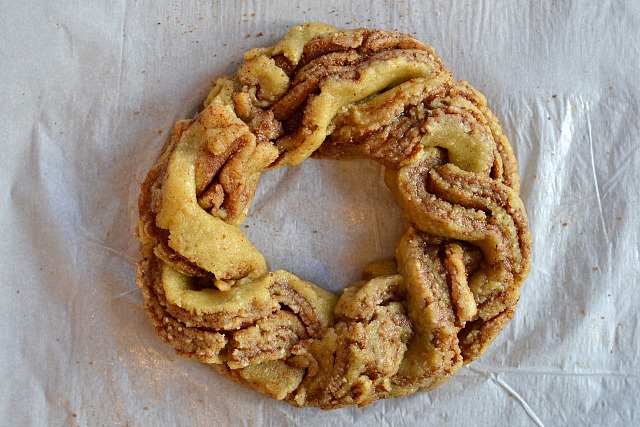 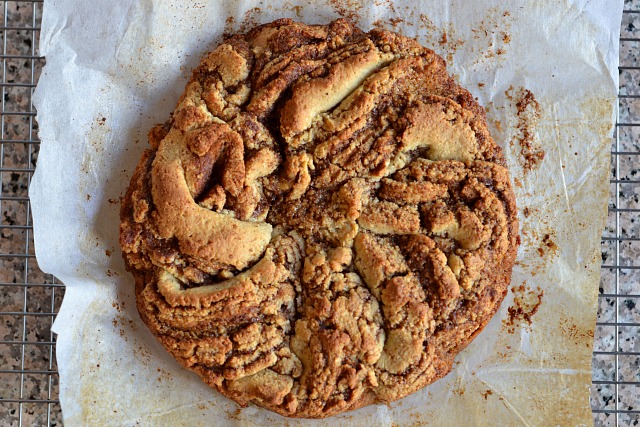 This is what my Pesach will look like this year, e

If you also got this Passover Roll recipe from you

You're gonna want to save this recipe for Pesach!

Oooh I’ve got another great Pesach dessert for y

When Nora loves something I make, I KNOW it’s wo

I think it’s time I start sharing more pesach re

Made challah this week and prayed for everyone’s