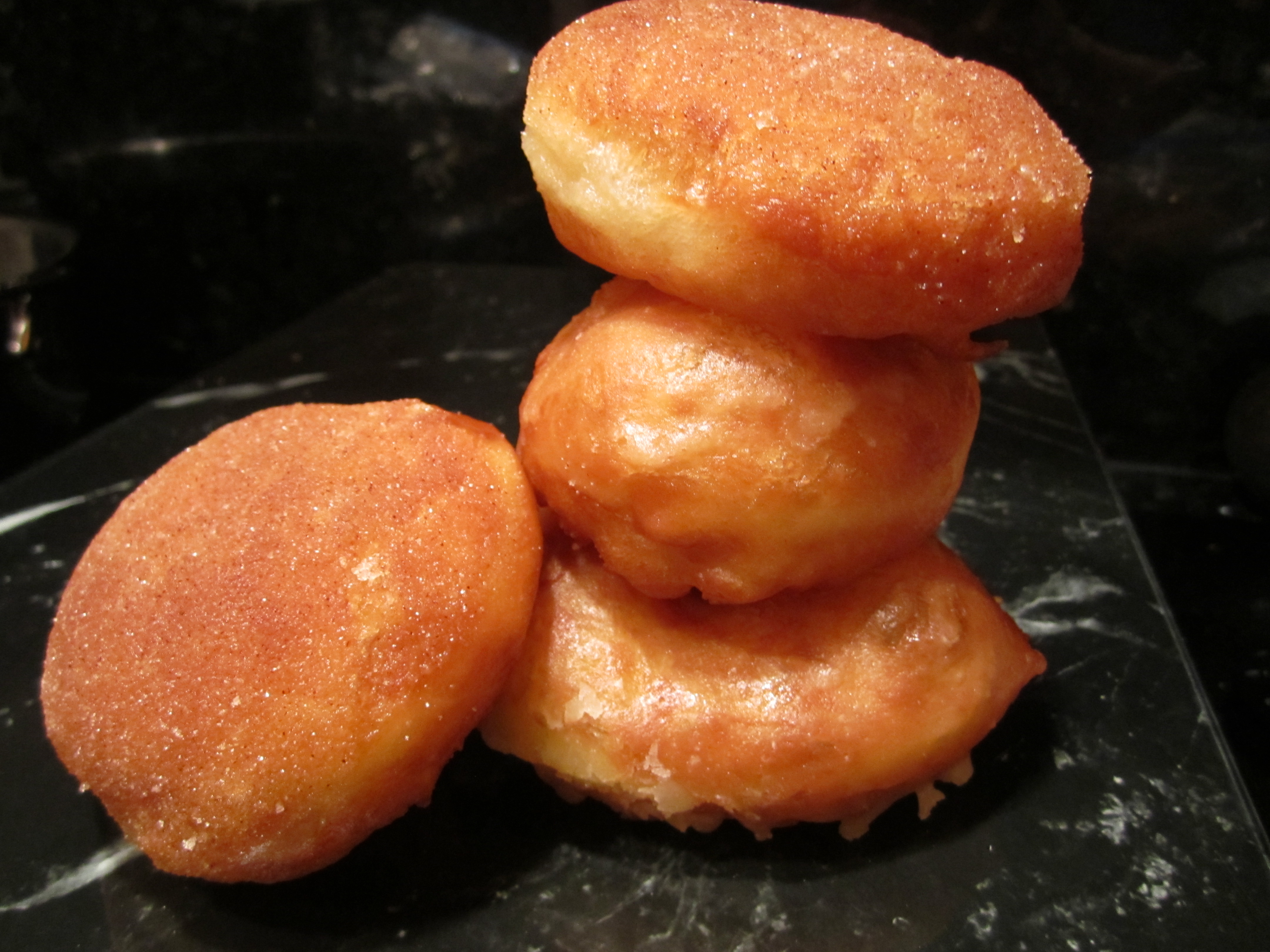 Happy Mother’s Day! Is there any better way to celebrate than with fresh, homemade doughnuts?!? They are crispy, creamy, fluffy and very hot! I wouldn’t have it any other way. Since Justin and I just purchased patio furniture and aÂ barbecueÂ last week (we moved in to our house eight months ago, at the end of summer), we decided that it was our turn to host the family for a Mother’s Day BBQ. While I knew everyone would be excited for loads of barbecued burgers, hot dogs, sausages, steak, and chicken, I wanted to serve something special and a little bit different. Doughnuts was the answer!

I sprinkled the yeast over the lukewarm water and let it stand for 5 minutes, until foamy.

On a low speed, I mixed together the yeast mixture, soy milk, sugar, salt, eggs, shortening, and 2 cups of flour. After a few minutes, I beat in the remaining flour, 1/2 cup at a time, until the dough no longer stuck to the bowl. My dough was still sticky after I added all 5 cups of flour, so I added more, a tablespoon at a time, until the dough was ready. I then kneaded the dough for five minutes, until smooth and elastic.

I placed the dough in a large bowl, which I sprayed with cooking spray so it wouldn’t stick, covered the bowl with a towel, and placed the bowl in a warm place to rise until double the size. For me, that warm place is the microwave. You might have a different spot in your kitchen, or maybe even in another room in the house. I left the dough for one hour to rise. 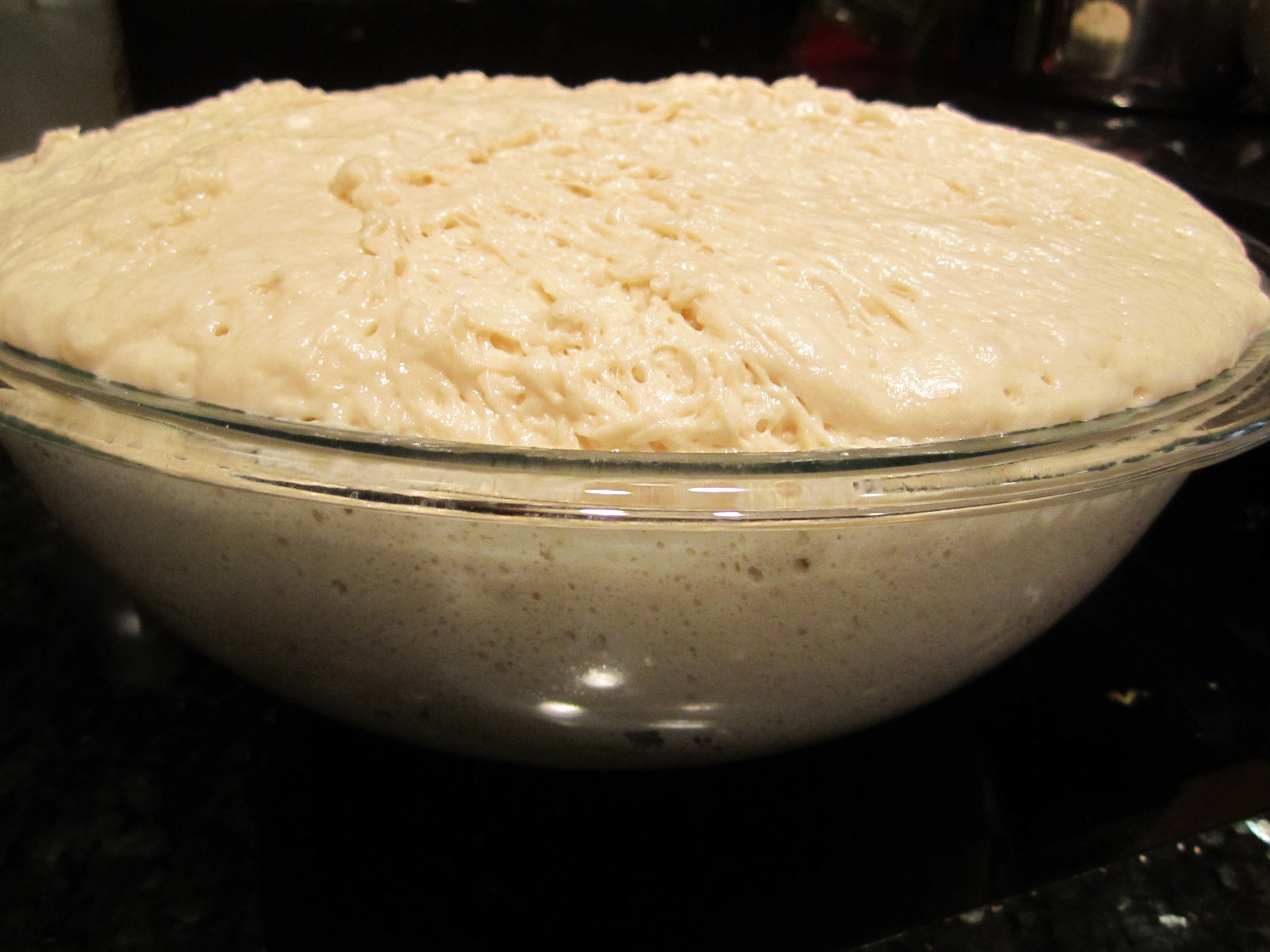 1 hour later, I turned the dough on to my floured counter and gently rolled it to 1/2 inch thickness.

I cut the dough in to circles using a glass drinking cup. All of the doughnut recipes I read said to use a doughnut cutter but I certainly did not have one of those just lying around, so the cup did just fine. I also decided not to put holes in my doughnuts, for no other reason than my laziness.

I placed the doughnuts on parchment paper, covered loosely with a cloth, and let them rise for another 45 minutes.

While waiting for the dough to rise for the second time, I made the toppings. First, I made the glaze: I melted the margarine in a saucepan over medium heat.

I stirred in the confectioner sugar and vanilla until smooth. I removed the mixture from the heat and stirred in the hot water, one tablespoon at a time, until the icing was somewhat thin but not too watery. I set the glaze aside.

Next came the cinnamon sugar. Not much to it. I melted the margarine in the microwave. Separately, I mixed together the sugar and cinnamon. I set the two bowls aside. 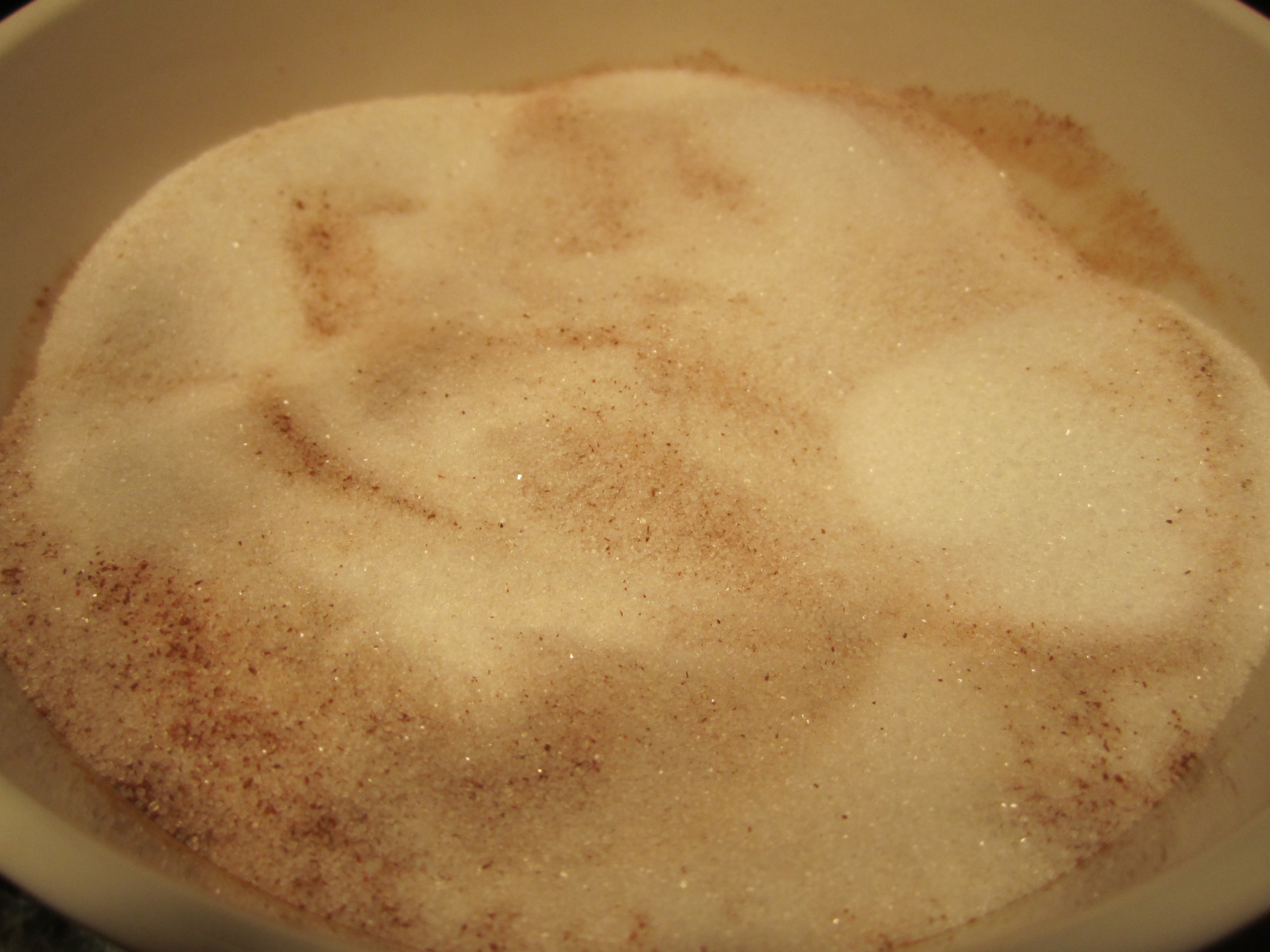 When the doughnuts were almost ready to fry, I placed the oil in a deep pot and heated it to 350 degrees using a thermometer. I started by adding one doughnut to the hot oil to test out the process. I also set up two wire racks for the fried doughnuts and placed cookie sheets underneath to catch the oil and toppings.

After practicing with the one doughnut, I was ready to fry. I carefully placed 4-5 doughnuts at a time in the hot oil, letting the bottom cook until golden brown.

Then, using two spoons, I flipped the doughnuts and let them brown on the other side.

Using a wide spatula, I took the doughnuts out of the oil and placed them on the wire racks. I let them sit for about a minute to cool andÂ dipped them in either the glaze or the melted margarine then cinnamon sugar mixture. I placed them back on the wire racks to cool. 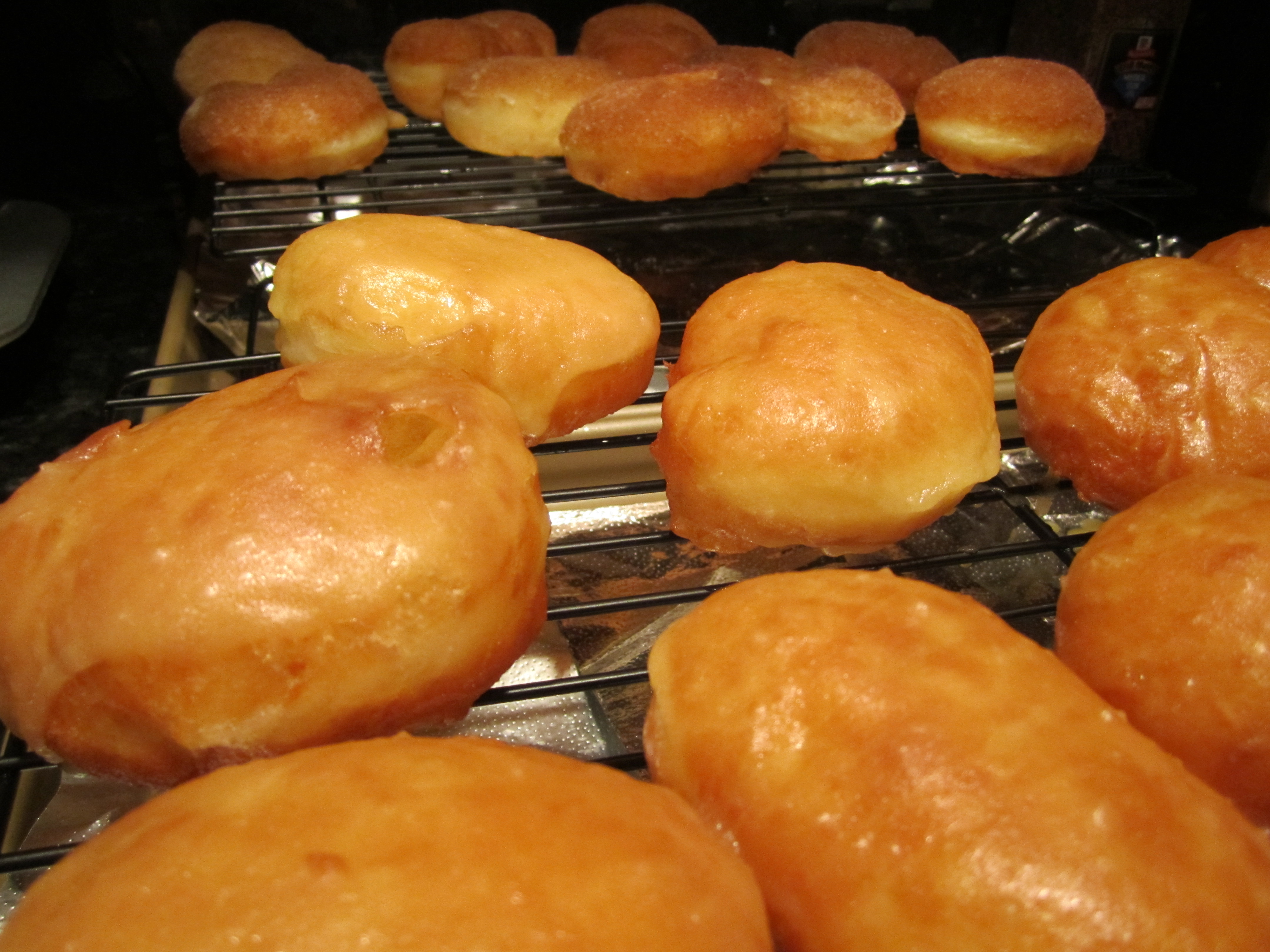 Of course, I had to try one while it was hot…okay, maybe two! The cinnamon sugar was delicious but the glazed doughnut took it over the top for me! It’s not often that I eat fresh doughnuts and it was such a treat. In fact, I fried the doughnuts while my family was still eating dinner, so everyone got to eat them fresh and warm. That’s one lucky group of people!

Why did I take off the shoes? Because they were ki

Nobody warns you about this transition as your kid

This is an ode to an amazing woman who is growing

I am so excited to announce that the Jewish Food M