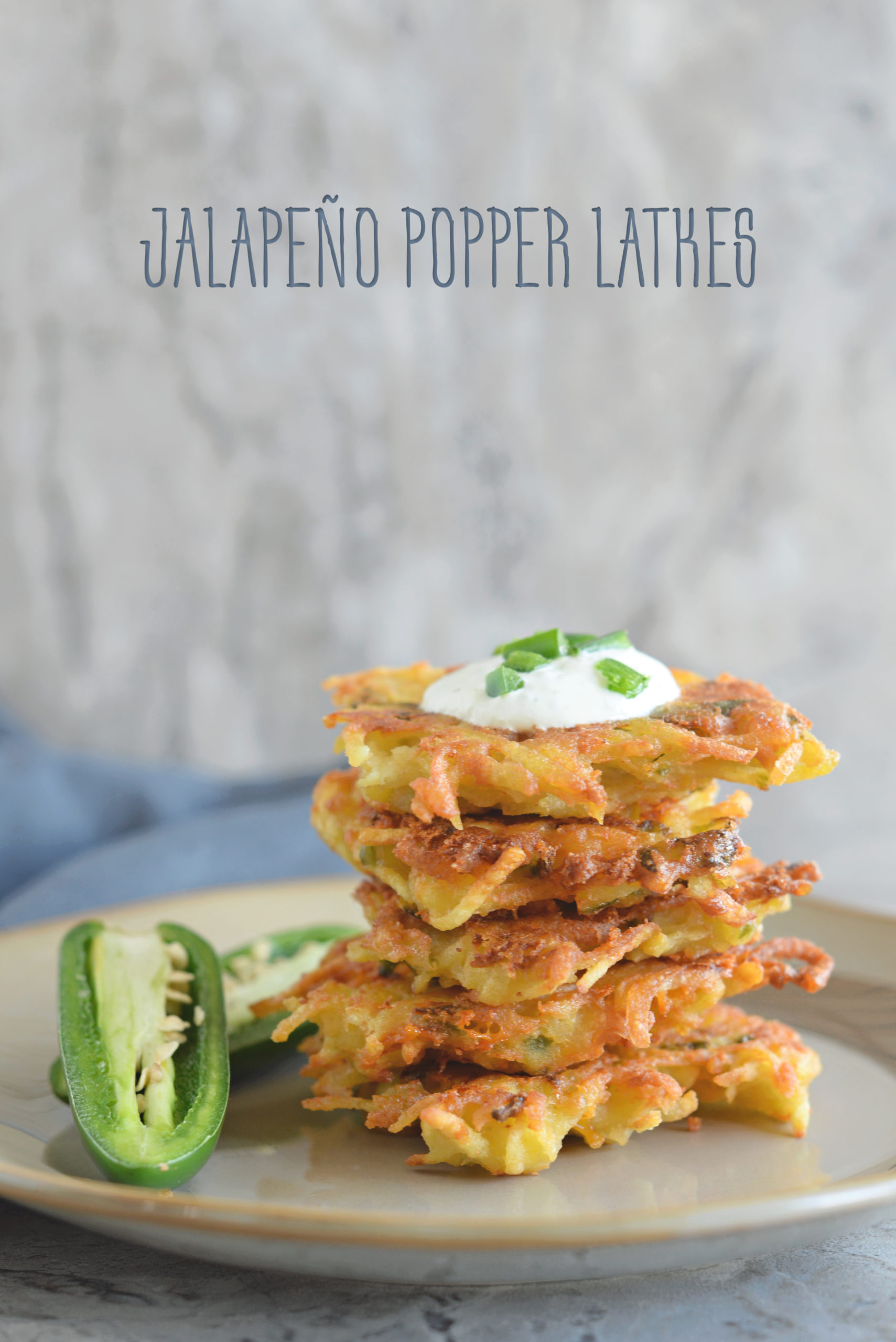 These latkes are INSANE!!!!! Legit, what could be bad about cheddar, jalapeño, cream cheese and potatoes?!?!? Jalapeño Poppers are traditionally made by stuffing fresh jalapeños with a mixture of cream cheese and cheddar, dipping in egg and bread crumbs, then deep frying. I’ve already turned hamantaschen into jalapeño poppers so it was time to do the same for latkes. Happy Chanukah, everyone!!!! 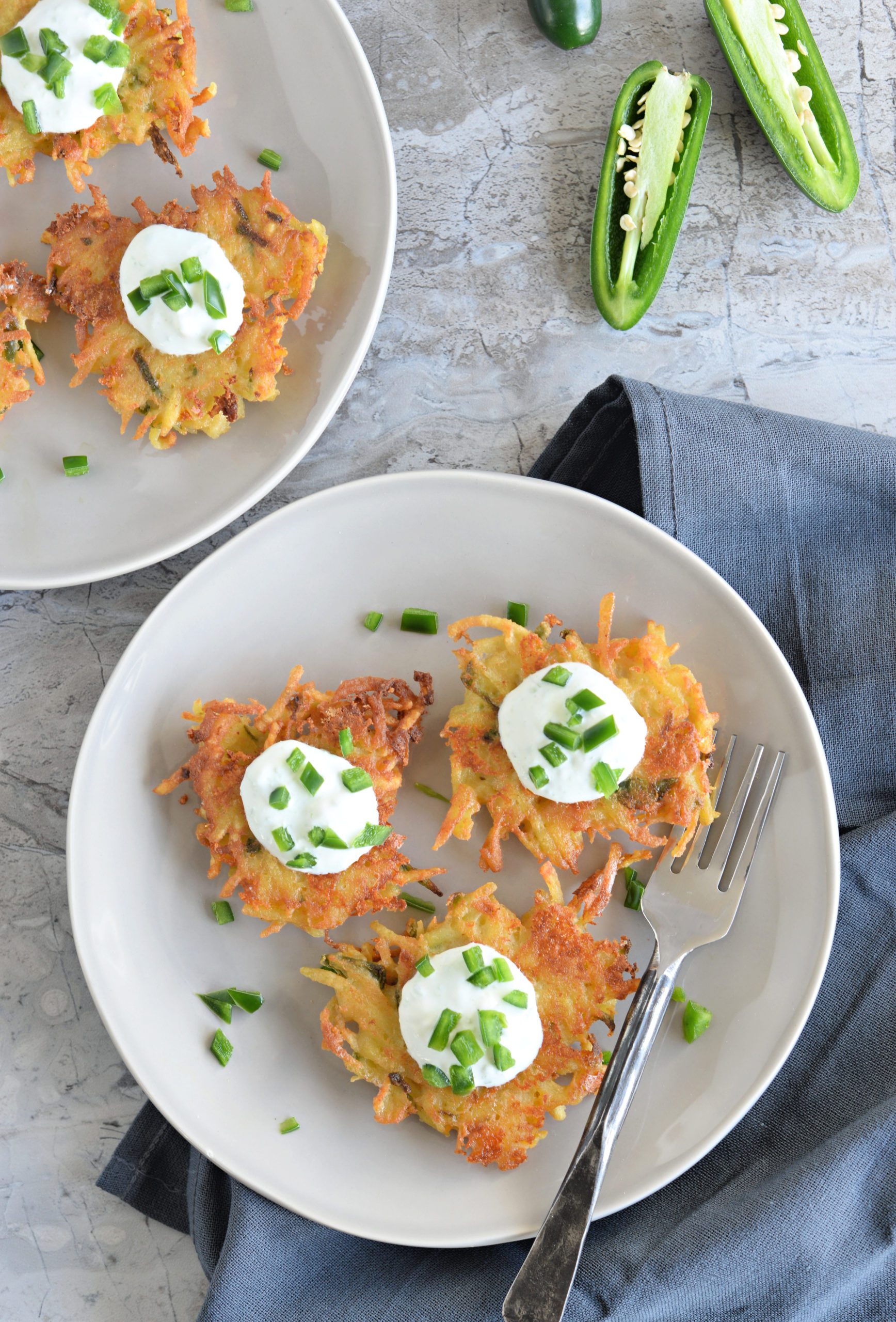 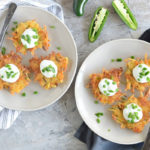 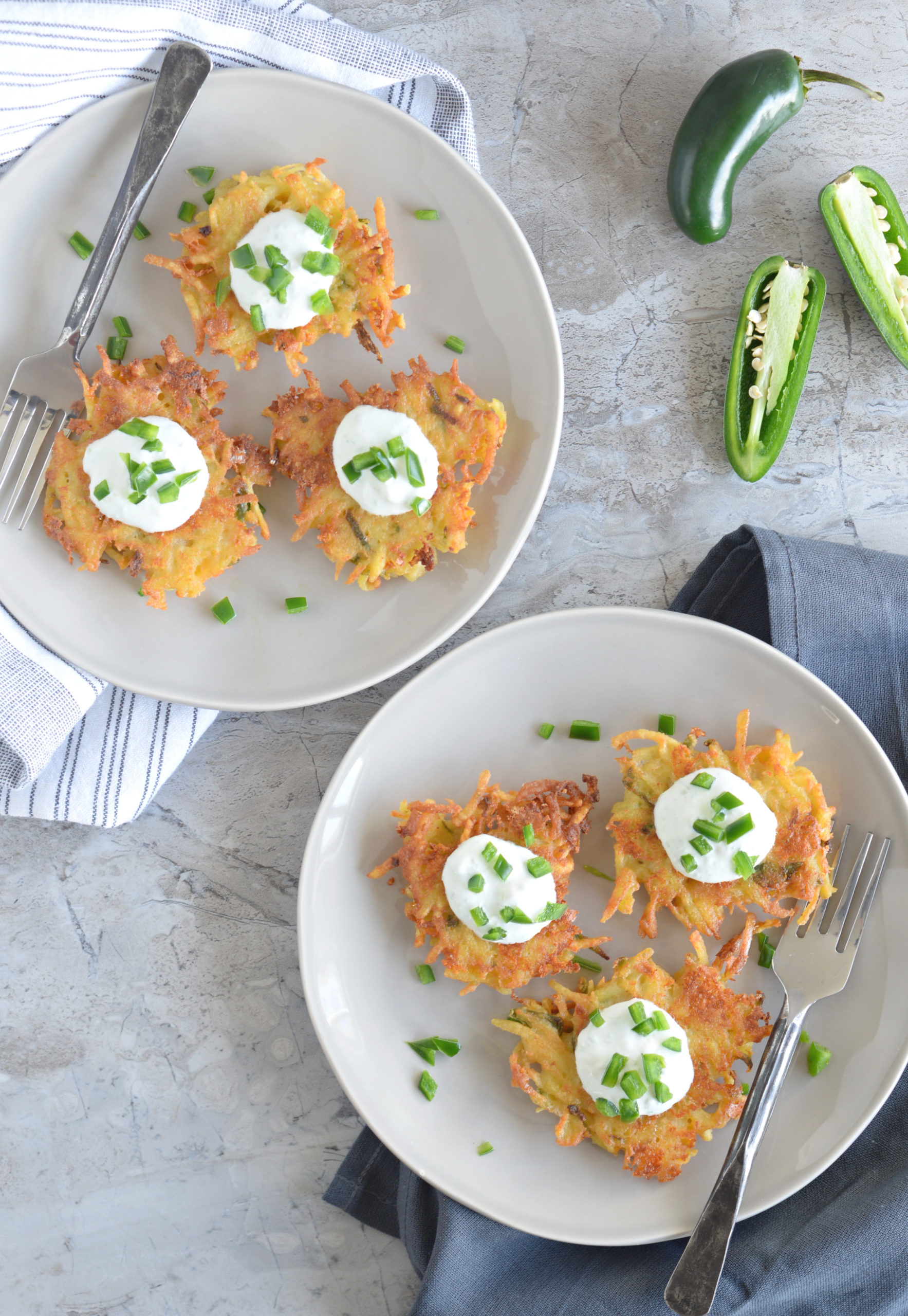