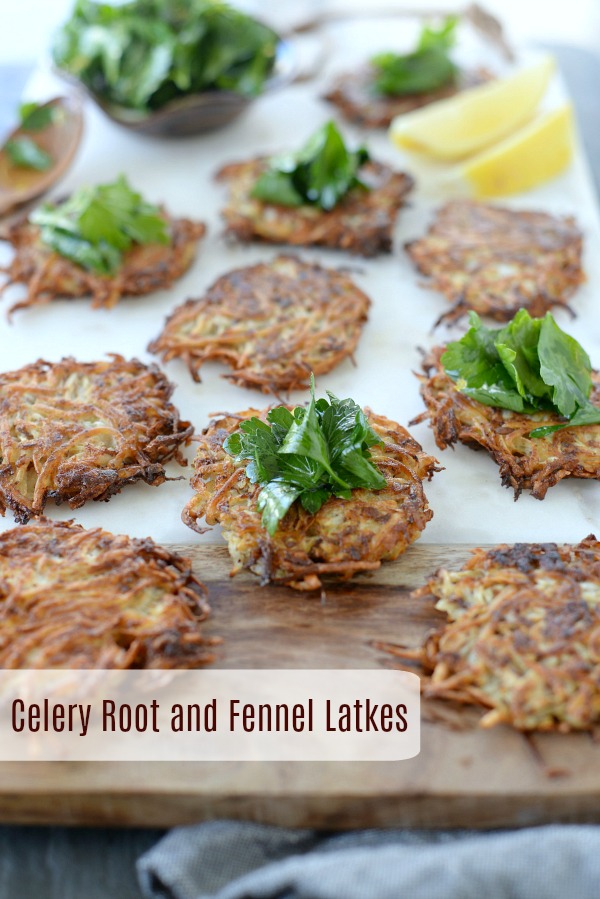 I know, I know, every time I post a latke without potatoes, inevitably someone will tell me that it’s not tradition and that I’m nuts. Well yeah, I’m definitely nuts and I’m also totally okay steering away from traditions when it means I get to push my creativity and food education. Let’s be honest, potato latkes are insanely delicious but also pretty freaking unhealthy and crazy high in carbohydrates, which are this type 1 diabetics enemy. I love a crunchy oily fried potato latke as much as the next person but they just don’t love me back. So this year, more than ever before, I brainstormed latke alternatives that could truly mimic the texture of a potato latke and the aha moment came from my friend, Hudi Riven, talented chef and baker, who suggested I try celery root (also known as celeriac and knob celery). My ‘Kitchen Tested’ light came on because as many times as I’ve seen celery root at my local grocery (yeah, it’s kinda ugly), I’ve never actually cooked with it before!

Even before biting into the celery root, the aroma had me mesmerized because it really does smell just like celery! Shocking or not so shocking?? I peeled the skin with a sharp knife because a peeler just won’t cut it (yeah, pun intended), and I realized from the texture and raw flavor that you could seriously use celery root like any other root vegetable. Roast it, blend into soups, add to cholent, make a casserole, fry in a hash. I could go on and on but today it’s all about the latke! I added shredded fennel for some natural sweetness…and for anyone that doesn’t like the anise flavor of raw fennel, roasting or frying completely transforms it. To top off the health factor, I used flaxseed meal instead of flour and fried in much less oil (seriously, they don’t need to be deep fried!!!) and I am loving how these latkes came out. Crunchy on the outside, soft on the inside, sweet and savory, easy to fry and they won’t fall apart. Success!!! 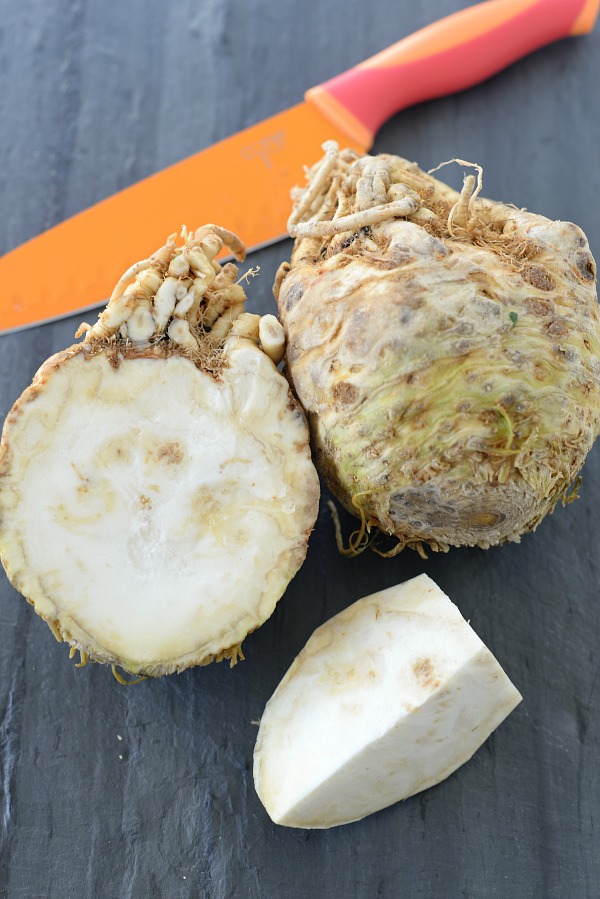 Like I said, celery root isn’t the prettiest thing in the produce section but it’s definitely one of the tastiest. 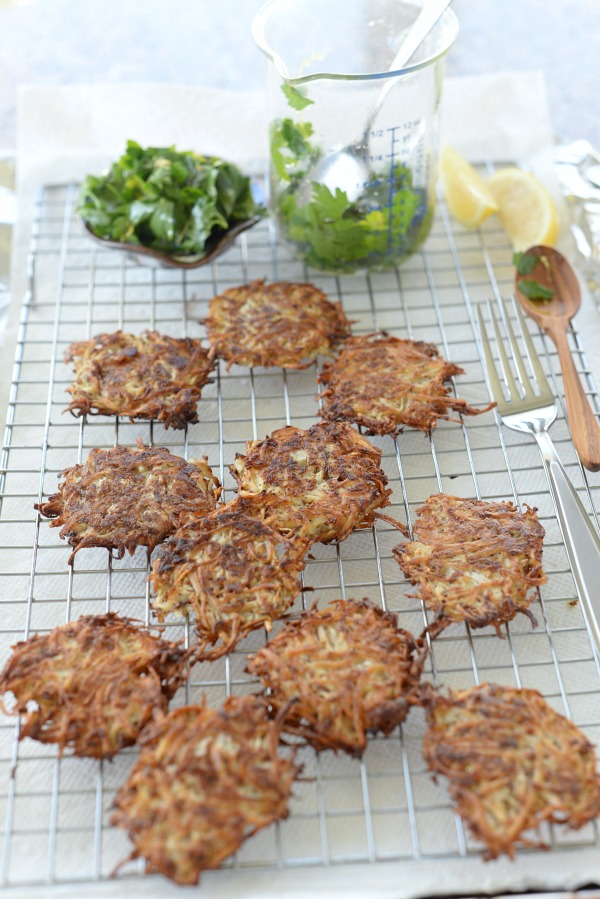 You can see the crunch right through the screen! 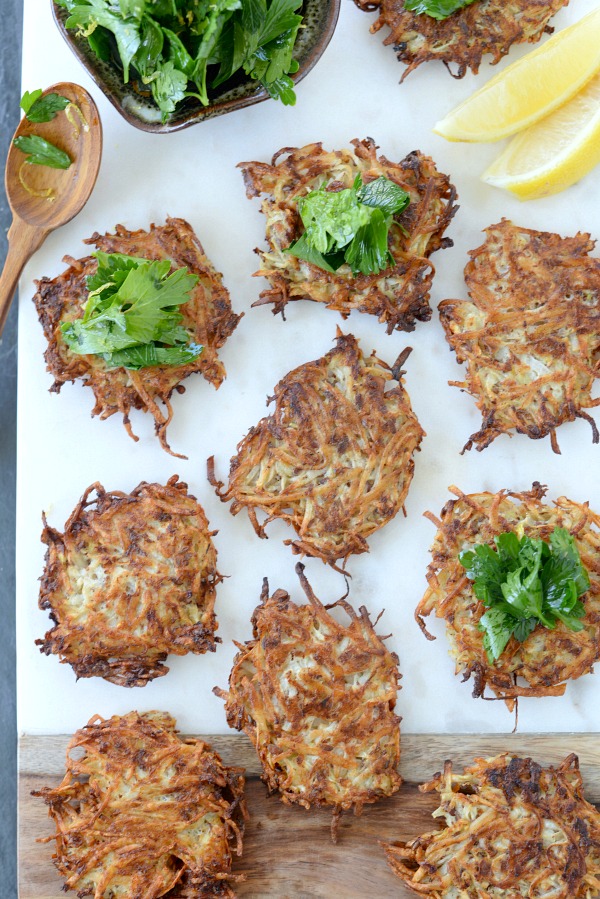 I topped these latkes off with a gremolata of parsley, lemon zest, olive oil and salt for a pop of bright fresh flavor and texture. You can add any of your favorite toppings…apple sauce, sour cream, pulled brisket? 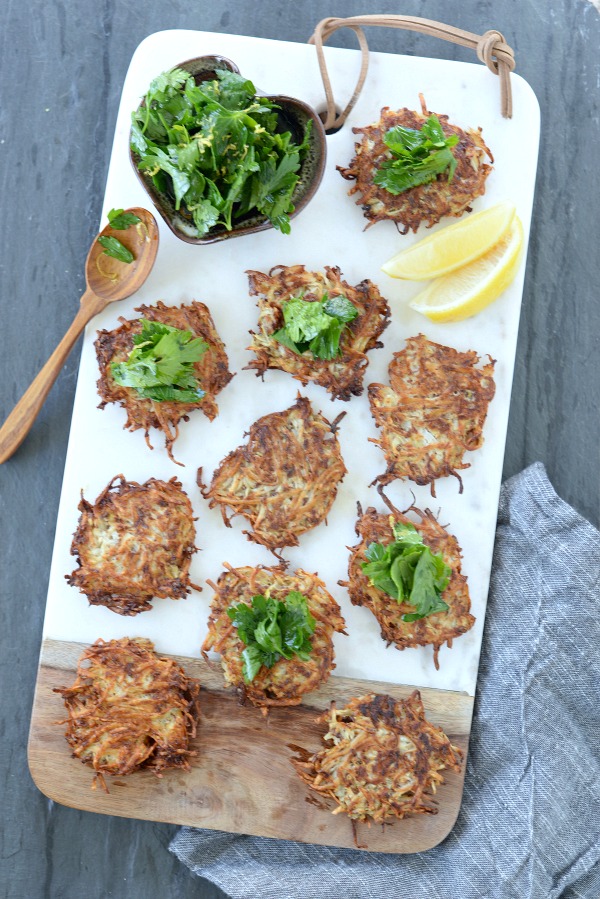 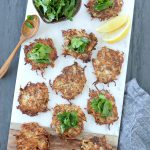 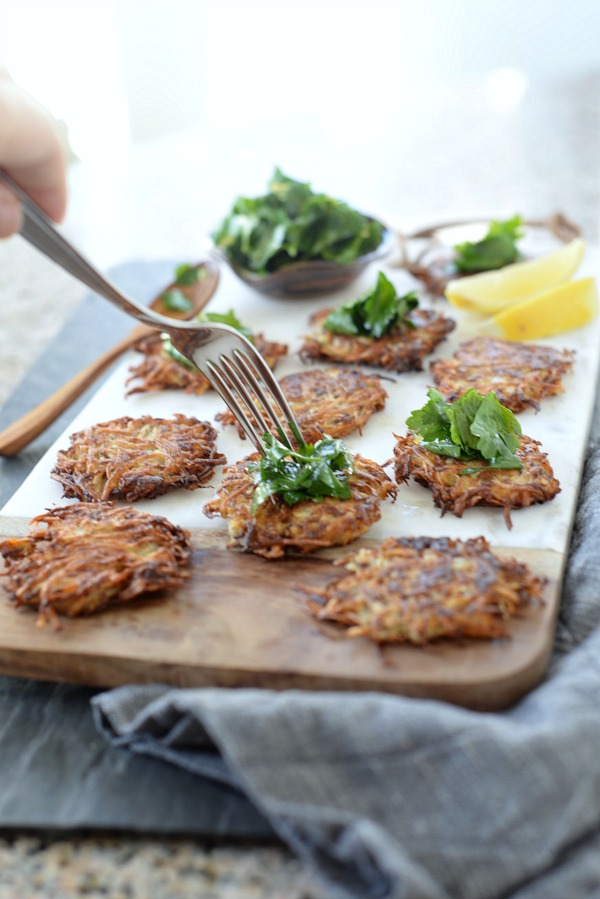