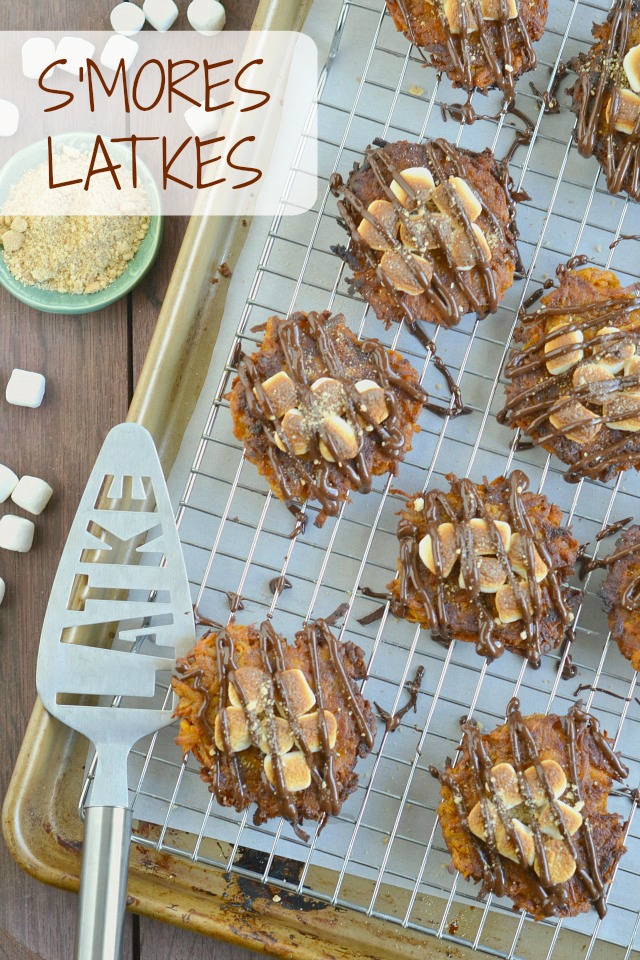 There are just no words. I mean, it’s toasted marshmallows and chocolate drizzle allllllll over crunchy sweet potato graham cracker latkes! Most latkes I eat on Chanukah are savory and even when they are sweet, they are still considered a side dish and it’s time to take a stand. It’s time to say YES to the dessert latke to end all dessert latkes! I don’t think we need to sign any petitions or anything but if I had to, I definitely would. As you can tell, I’m obsessed with these S’mores Latkes and I’ll tell you why. The batter actually tastes like a graham cracker! I use crushed graham crackers to bind the latkes and cinnamon and brown sugar for flavor. After frying them to crunchy perfection, these latkes get topped with marshmallows, broiled until the house smells like a campfire then drizzled with luscious melted chocolate. You’re welcome! 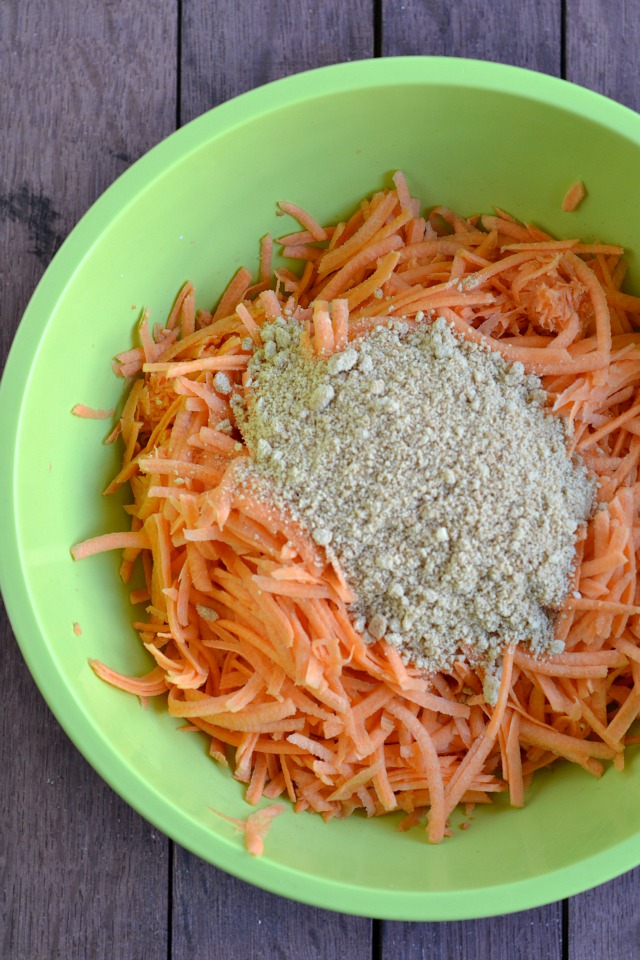 That beautiful crust on the sweet potato graham cracker latkes means you get a crunchy bite that holds up to the toasted marshmallows and chocolate. You can thank the brown sugar and hot oil for that! 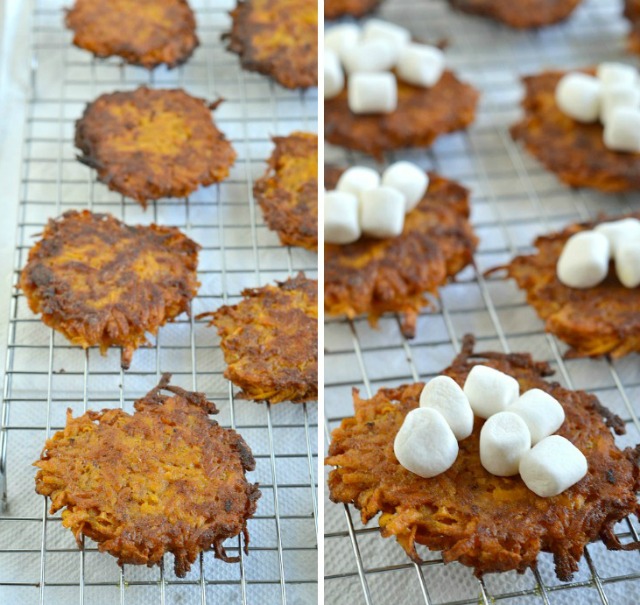 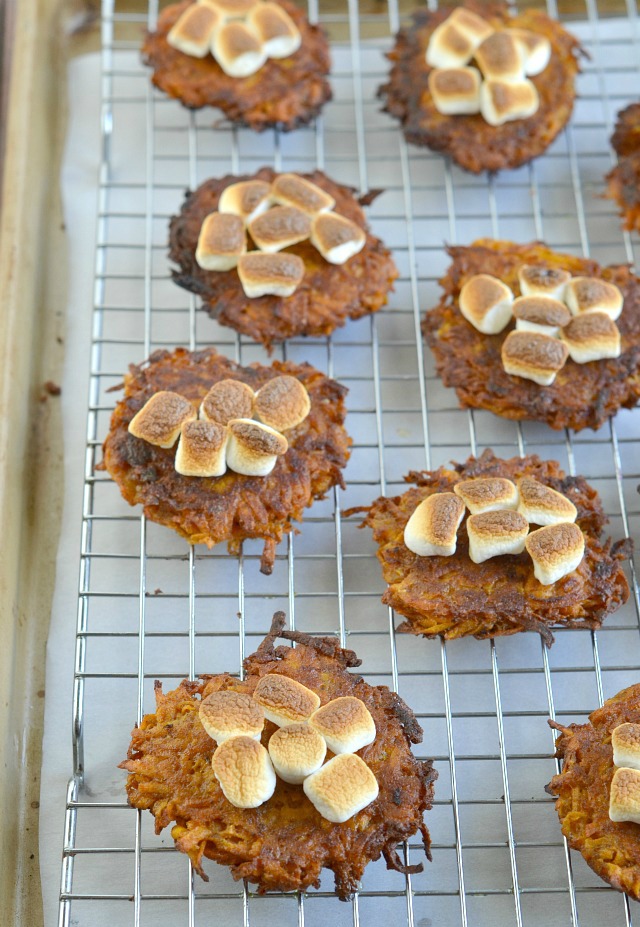 Can you just imagine serving these latkes to your friends and family???? They will go nuts! 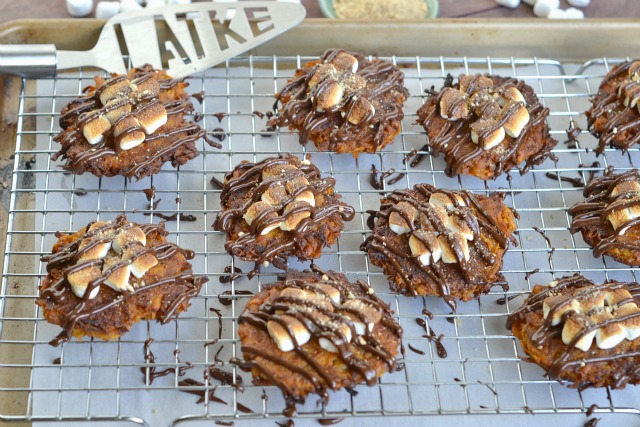 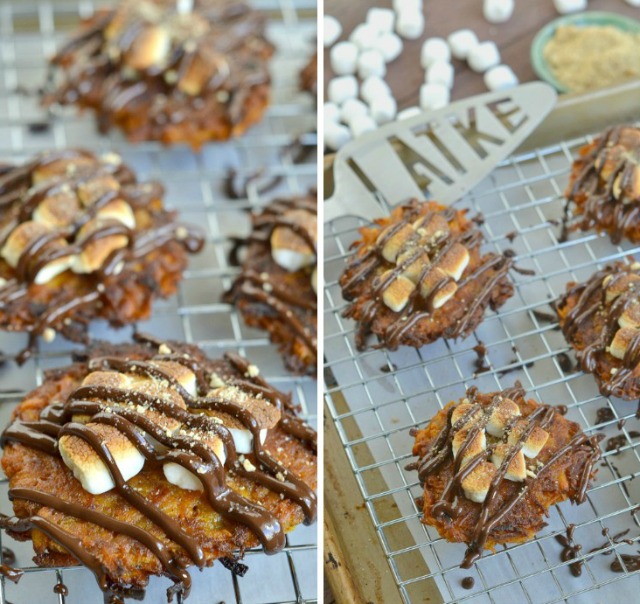 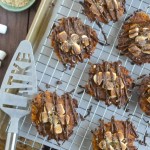 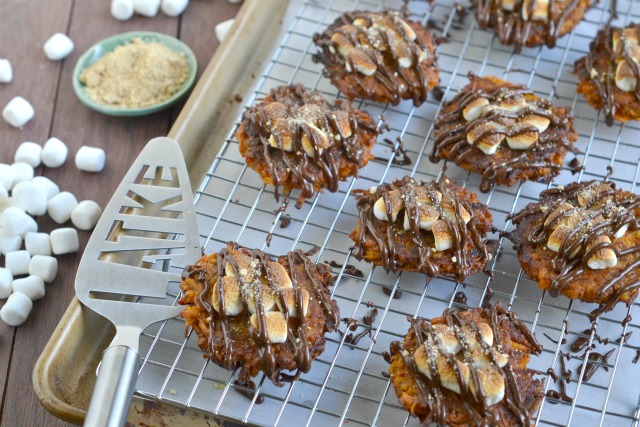