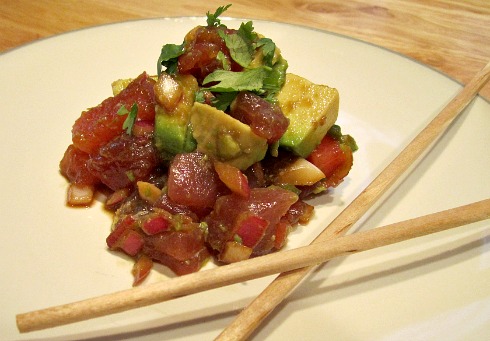 We don’t have a printer in our house. I know that sounds strange, but Justin works only a few minutes away so if we need something printed, it gets done at the office. Don’t worry…we plan to buy a printer at some point, but we just keep pushing it off. So I sent Justin an email asking him to print a few recipes and when he came home after work, he handed me a stack of paper with his own addition right on top: Tuna and Watermelon Ceviche. I know that watermelon is all over television and the blogs these days, but that doesn’t mean this recipe isn’t worth trying here. I mean, there’s a reason everyone is talking about the watermelon/tuna companionship! It’s simple, beautiful and bursting with flavor.

Like I said before, this recipe is really simple and the ingredients are all so fresh and bright. I started out by whisking together the soy sauce, agave and lime juice.Â You can use honey if you want but I prefer the texture and flavor of agave nectar. Â It’s also better for diabetics (I’ve had Type 1 diabetes for 10 years) because it it has a low-glycemic index, which means it will not over-stimulate the production of insulin and make my blood sugar spike. Sorry for the official talk! Just thought I would share what I can about the wonders of agave. Give it a shot! Now back to the ceviche…I minced the garlic, ginger and lime peel on aÂ micro-planeÂ over the sauce and whisked.

Next, I chopped up the onion and jalapeno and added to the bowl. I normally don’t like red onions because they live a bad taste in my mouth for a long time after the meal, but the lime juice and soy sauce calm down the burn of the onion in this recipe. 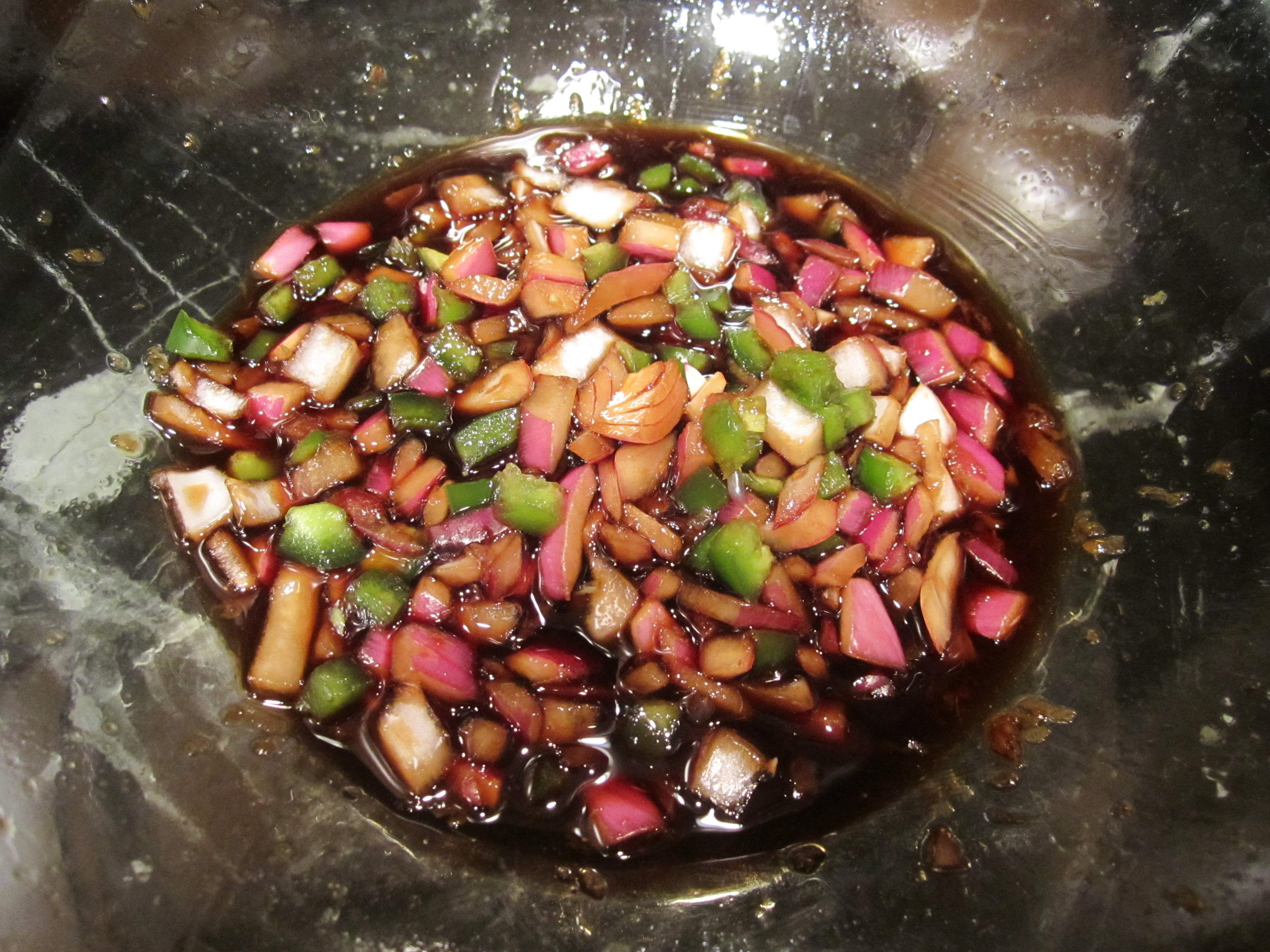 I diced the watermelon in to small even pieces. I snacked a little bit along the way and since I bought a large cut of watermelon from the supermarket, I had some healthy leftovers to keep in my fridge. They didn’t last long!

Then I diced up the fresh sushi-grade raw tuna in to pieces similar in size to the watermelon. Since it’s meant to be eaten raw, it was fun to snack on the tuna while I sliced.

Isn’t thatÂ gorgeous!!! I added the watermelon and tuna to the bowl and combined.

I carefully stirred in the avocado and added some fresh cilantro as a garnish. And that is it. Nothing else to it.

You are looking at a restaurant quality appetizer and it will impress everyone who takes a bite! The fresh lime juice and zest add a burst of flavor and the cold watermelon crunches in your mouth next to the soft tuna. If you want a little more spice, keep some of the seeds in the jalapeno. Yum!

Whisk together the soy sauce, agave and lime juice. Mince the garlic, ginger and lime peel on a micro-plane over the sauce and whisk.
Chop up the onion and jalapeno and add to the bowl.
Dice the watermelon in small even pieces. Then dice the fresh sushi-grade raw tuna in pieces similar in size to the watermelon. Add the tuna and watermelon to the sauce and stir to combine.
Carefully stir in the avocado and add some fresh cilantro as a garnish.
7.8.1.2
60
https://melindastrauss.com/2011/07/20/tuna-and-watermelon-ceviche/