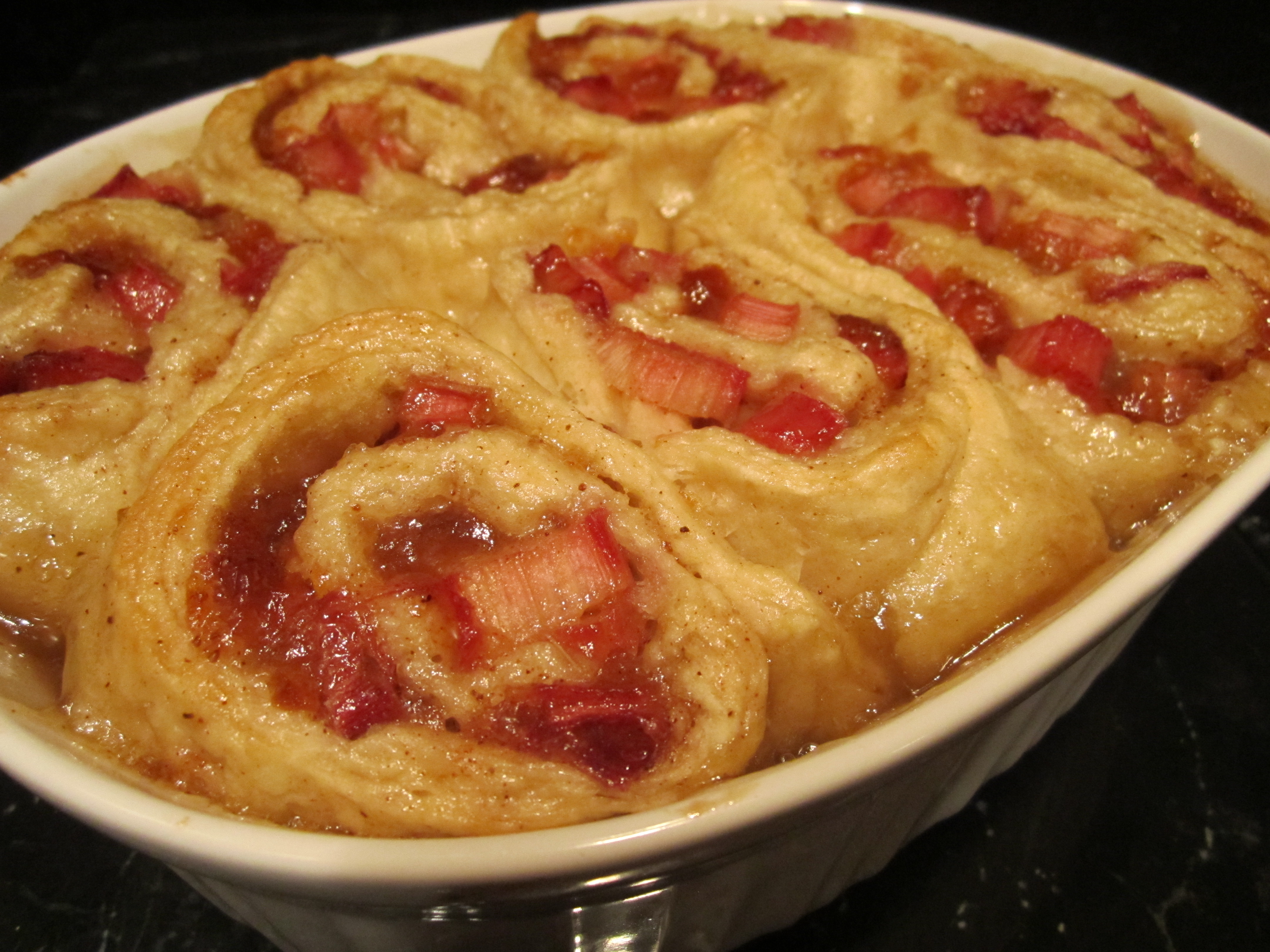 I found rhubarb in my local kosher market! I finally found it! I’ve been meaning to cook with rhubarb for years but never found it in stock. Okay, so maybe I wasn’t looking too hard, but I just wanted it to be readily available for me. Is that too much to ask?!? I always drooled when I read recipes that contained this mysterious red root and I just never had the chance to test it out. In fact, rhubarb is so foreign in my kitchen that Justin picked up a raw piece of the stalk and ate it, not realizing how bitter it would be. It was hilarious! Well, I finally found the rhubarb and my world was open to so many new recipes that I had always looked over. But that lead to the next issue of what recipe would break my rhubarb cherry (some pun intended). I took to Facebook, asking my Kitchen Tested followers to come up with some ideas for me and I received some great recipes. But I realized that I would have to be inspired by my own recipe search. So I looked around for a while and came up with a few interesting recipes for rhubarb dumplings. They all seemed so good that I found a way to combine them and came up with this strawberry peach rhubarb dumpling. The fun part is that you can actually come up with your own version of this recipe, or you are welcome to follow mine. 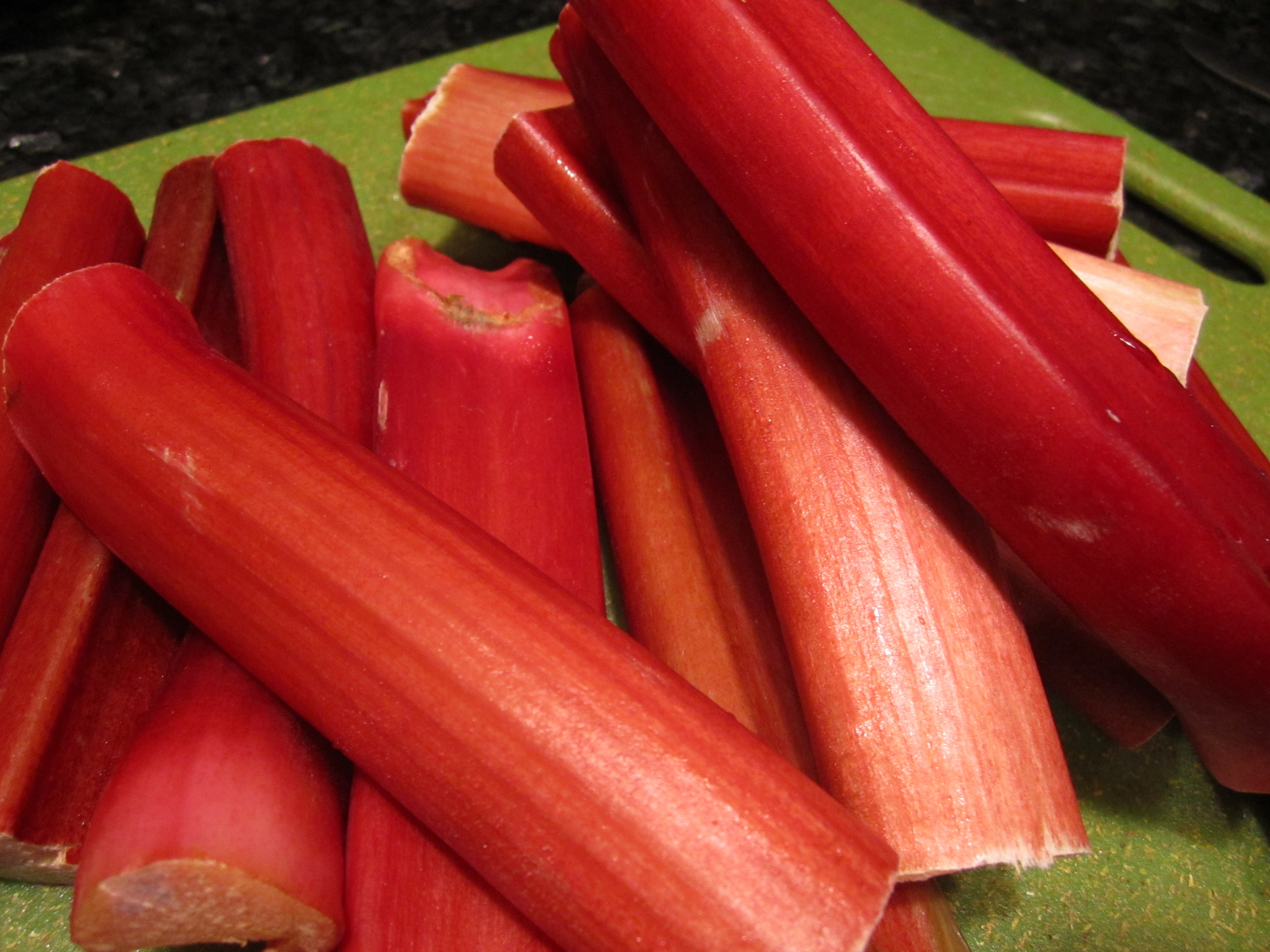 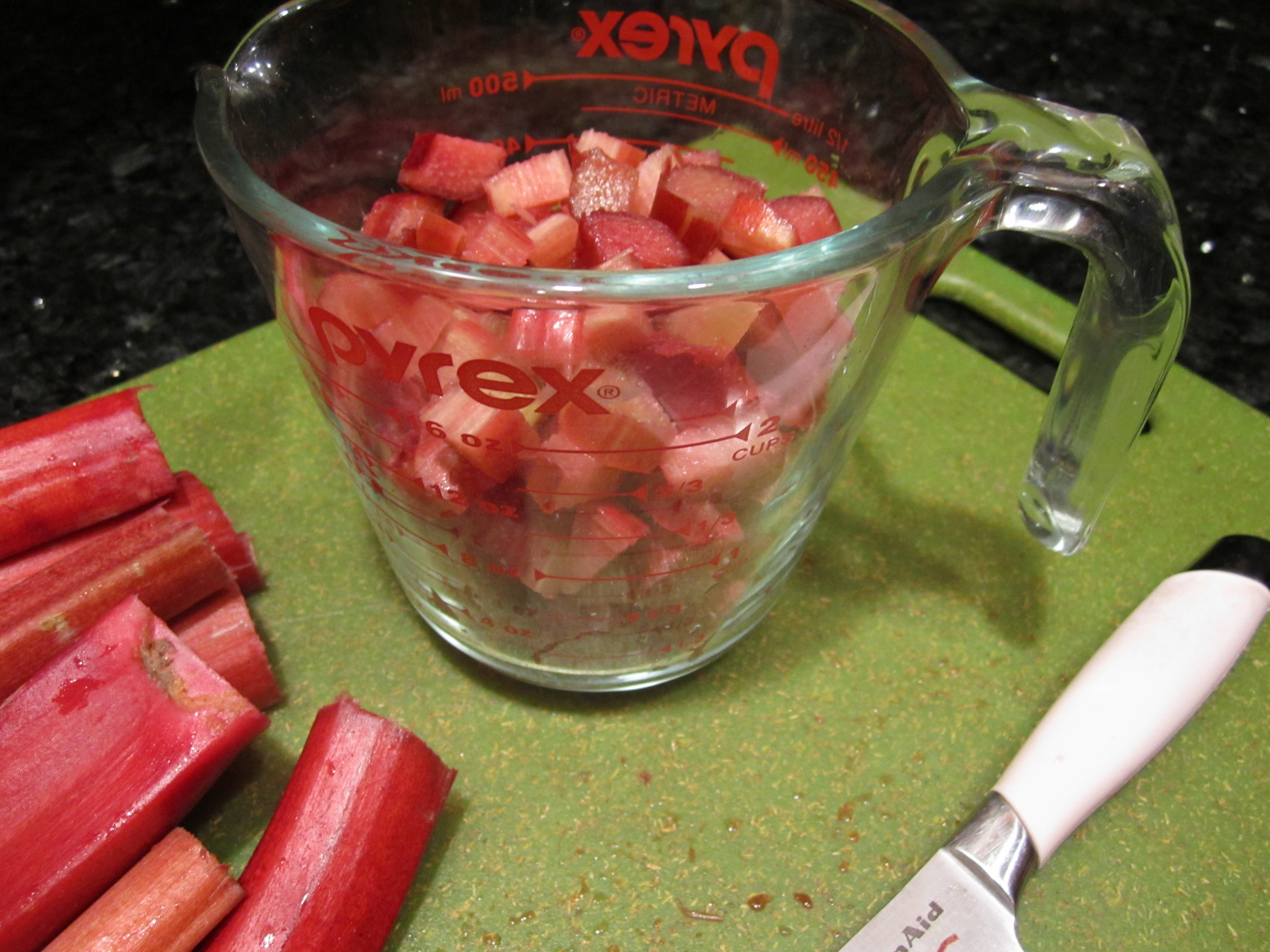 I mixed together the flour, baking powder, salt and shortening. I added the milk and hand-mixed until a dough was formed. 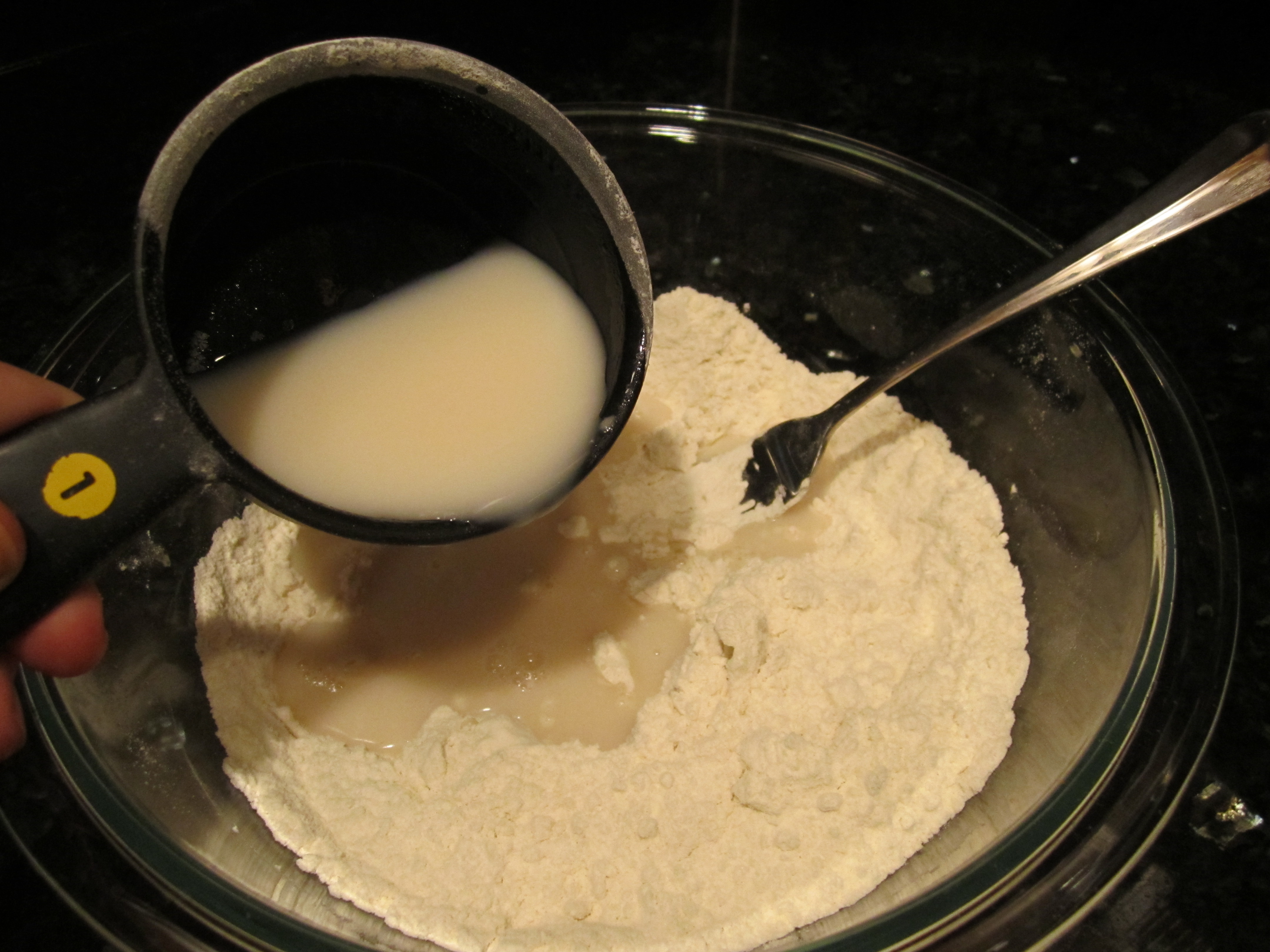 I placed the dough on a lightly floured surface and rolled until 1/4 inch thick. 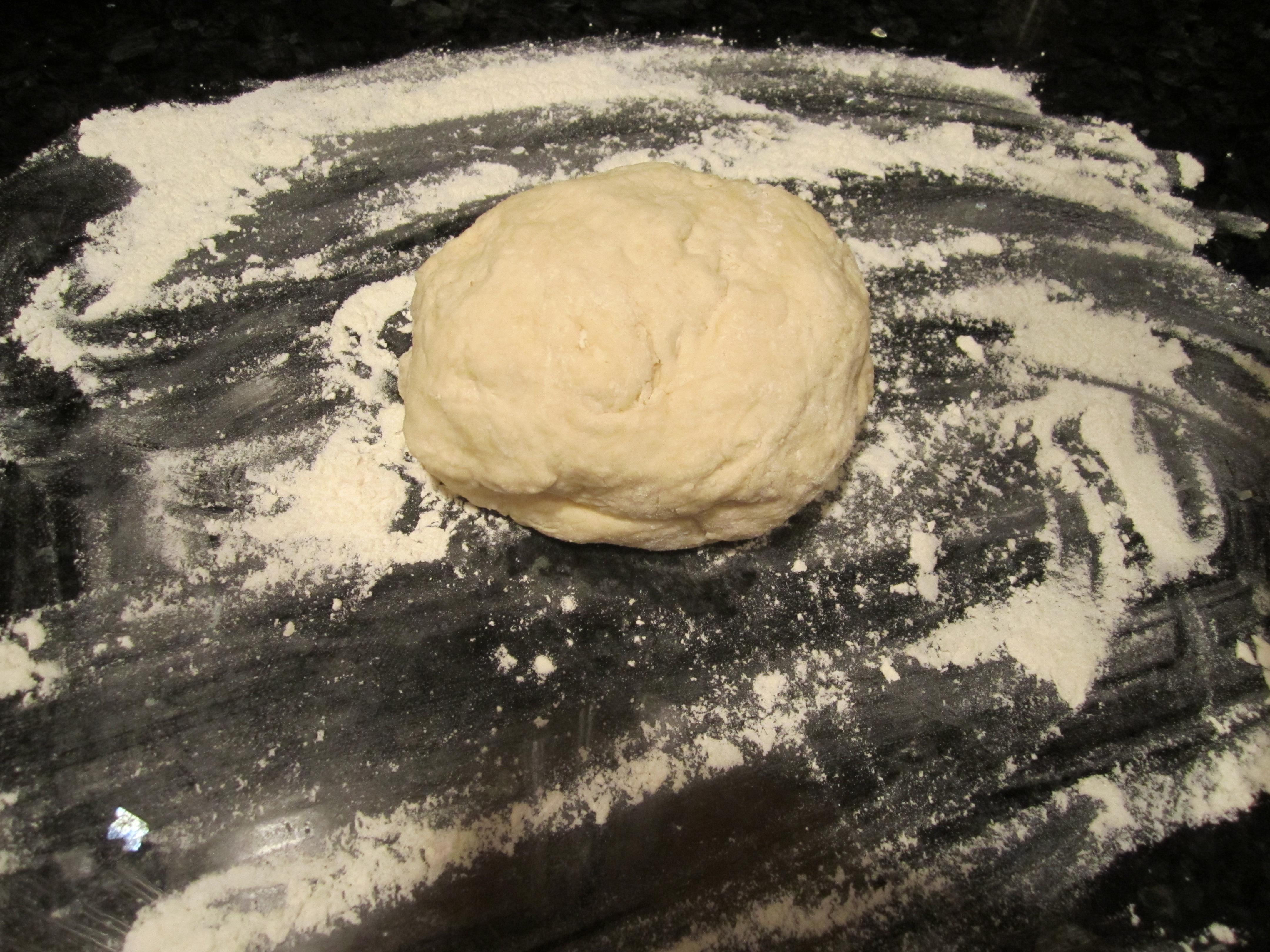 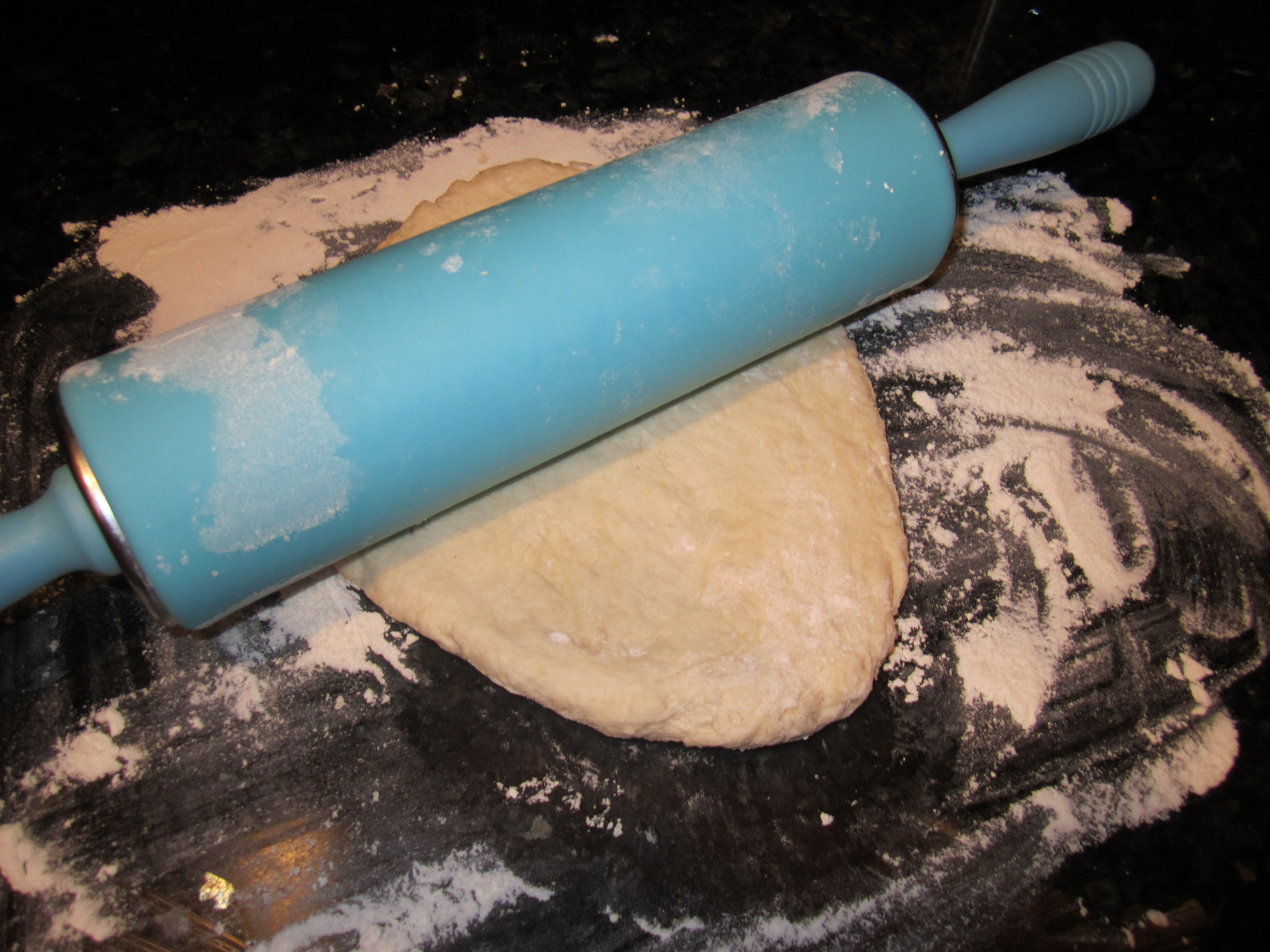 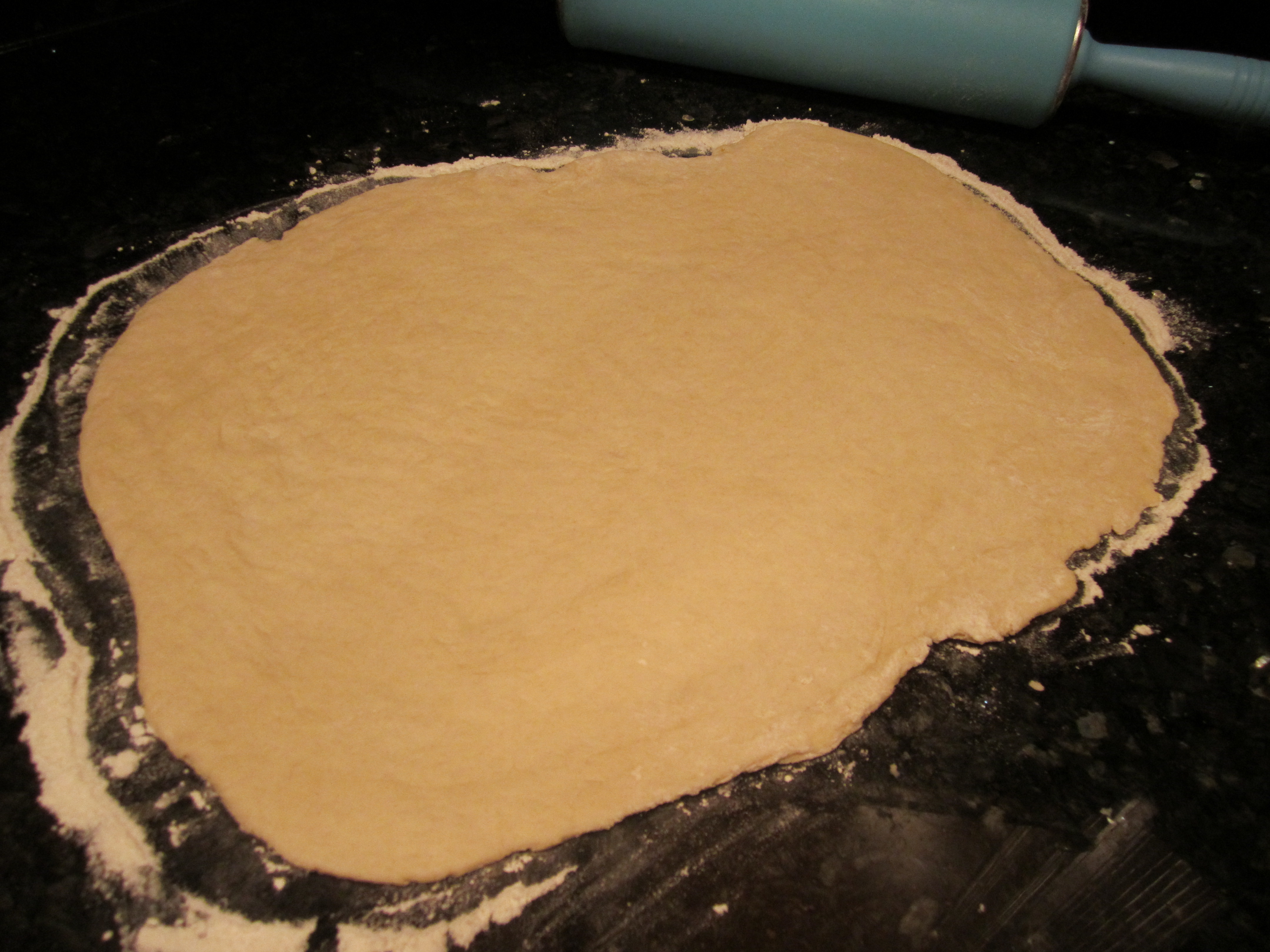 I spread the margarine, sugar, preserve, and rhubarb on the dough then sprinkled the mixture with nutmeg, cinnamon and cloves. It smelled incredible, liked the holidays. If you would rather use a different preserve, go for it! I love any mixture by Sarabeth’s so have fun with it. They will all taste good with the rhubarb. You can use a different brand of preserves also, but I think Sarabeth’s is top quality (no, I am not getting paid to tell you all this…although I wish I was). 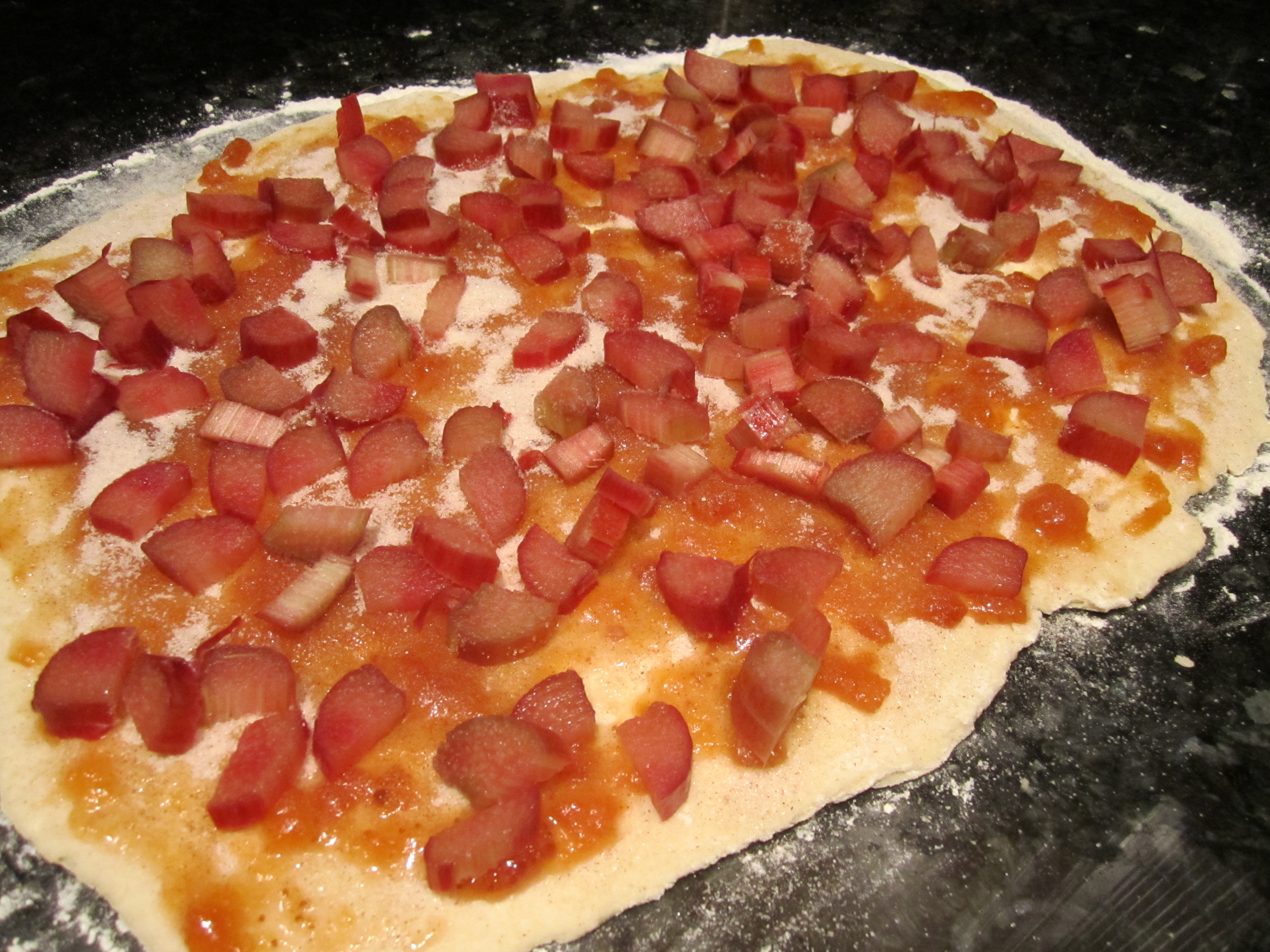 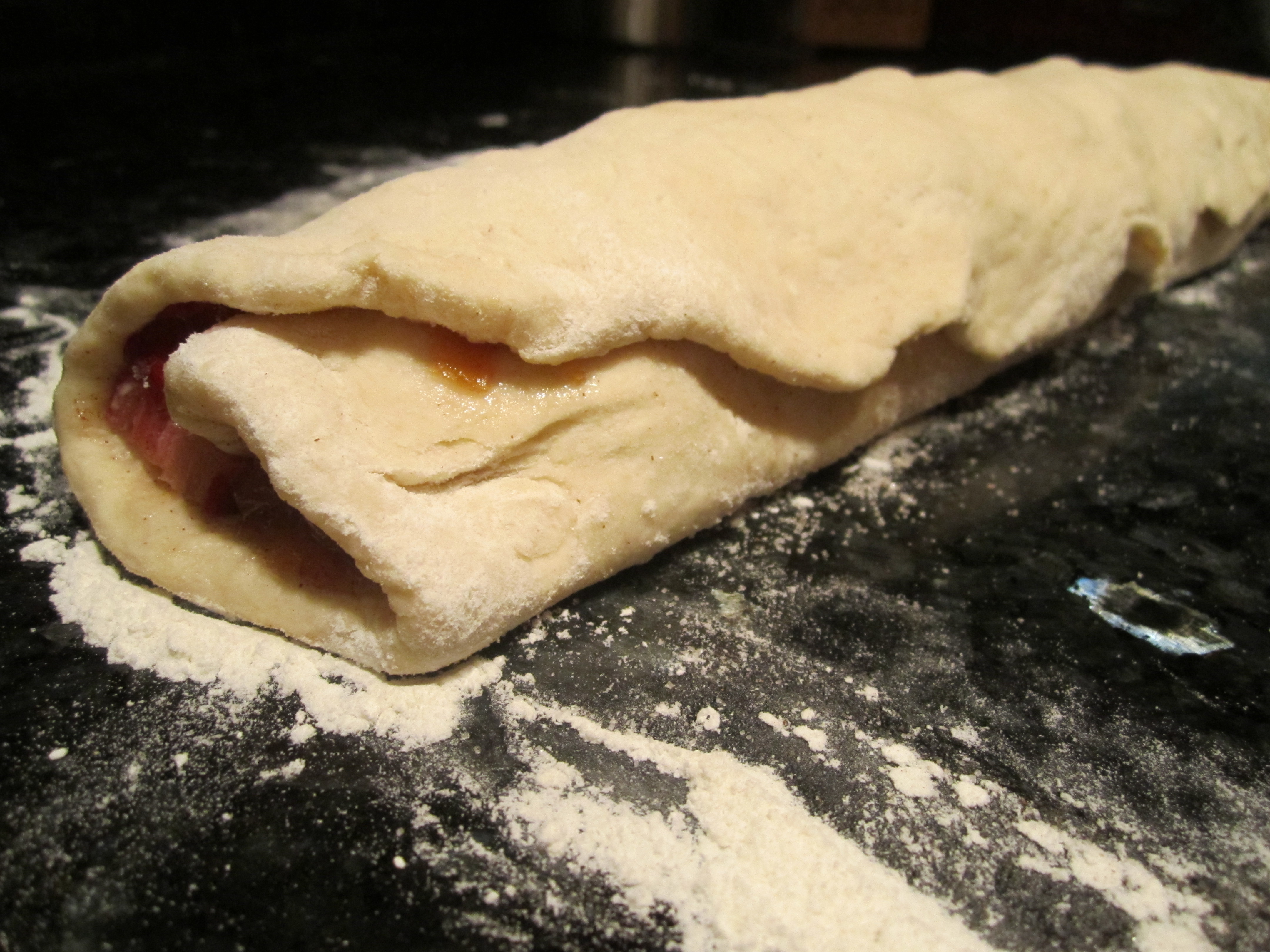 I cut the roll in to 8 mostly-equal pieces. You can cut a few more or a few less, based on how large you want the dumplings to be. 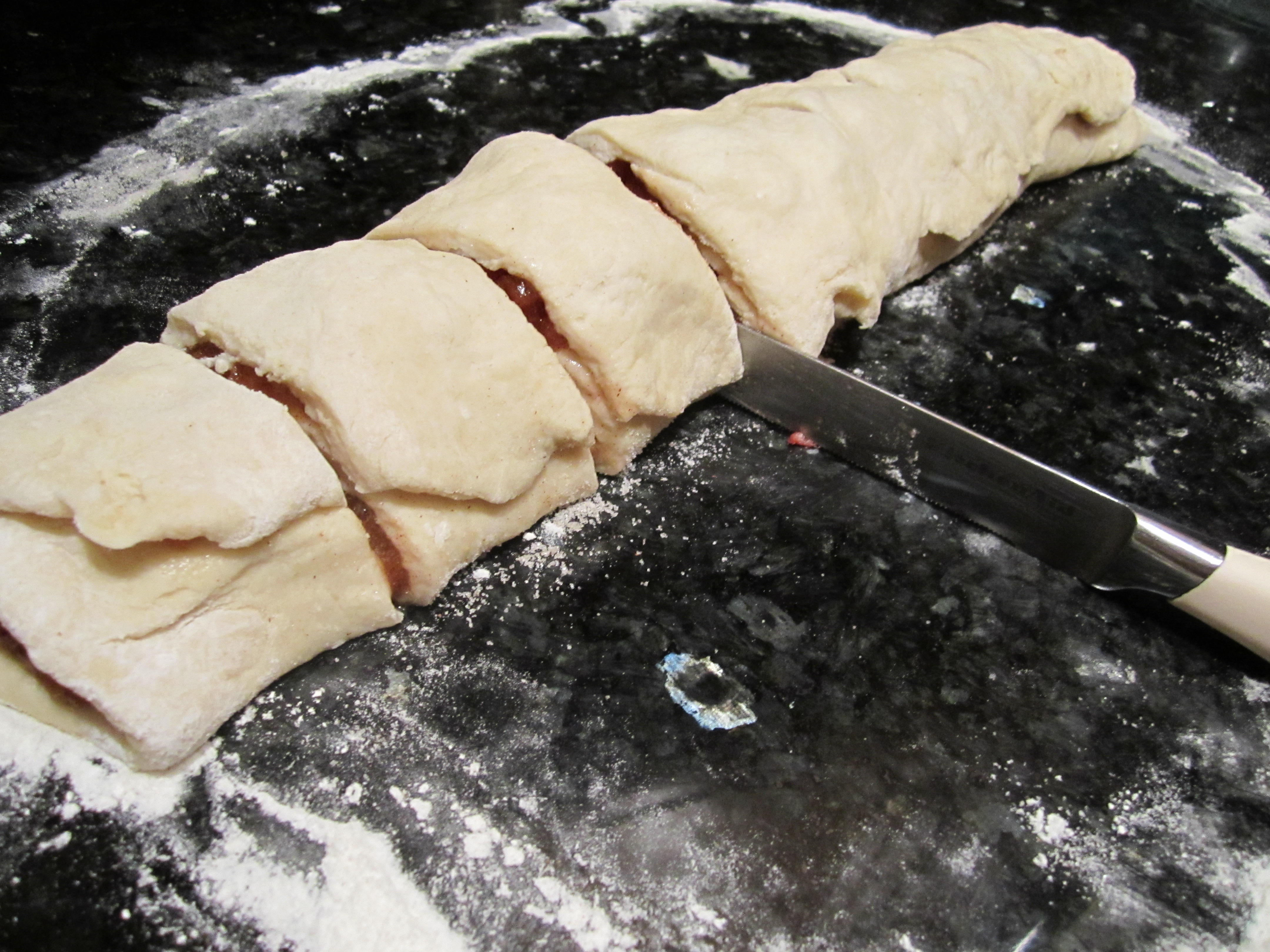 I placed the pieces in a greased 9-inch pan and set aside while I worked on the quick and easy sauce.

In a small saucepan, I mixed all of the sweet sauce ingredients over medium-high heat and boiled for three minutes, stirring often. I poured over the unbaked rolls. 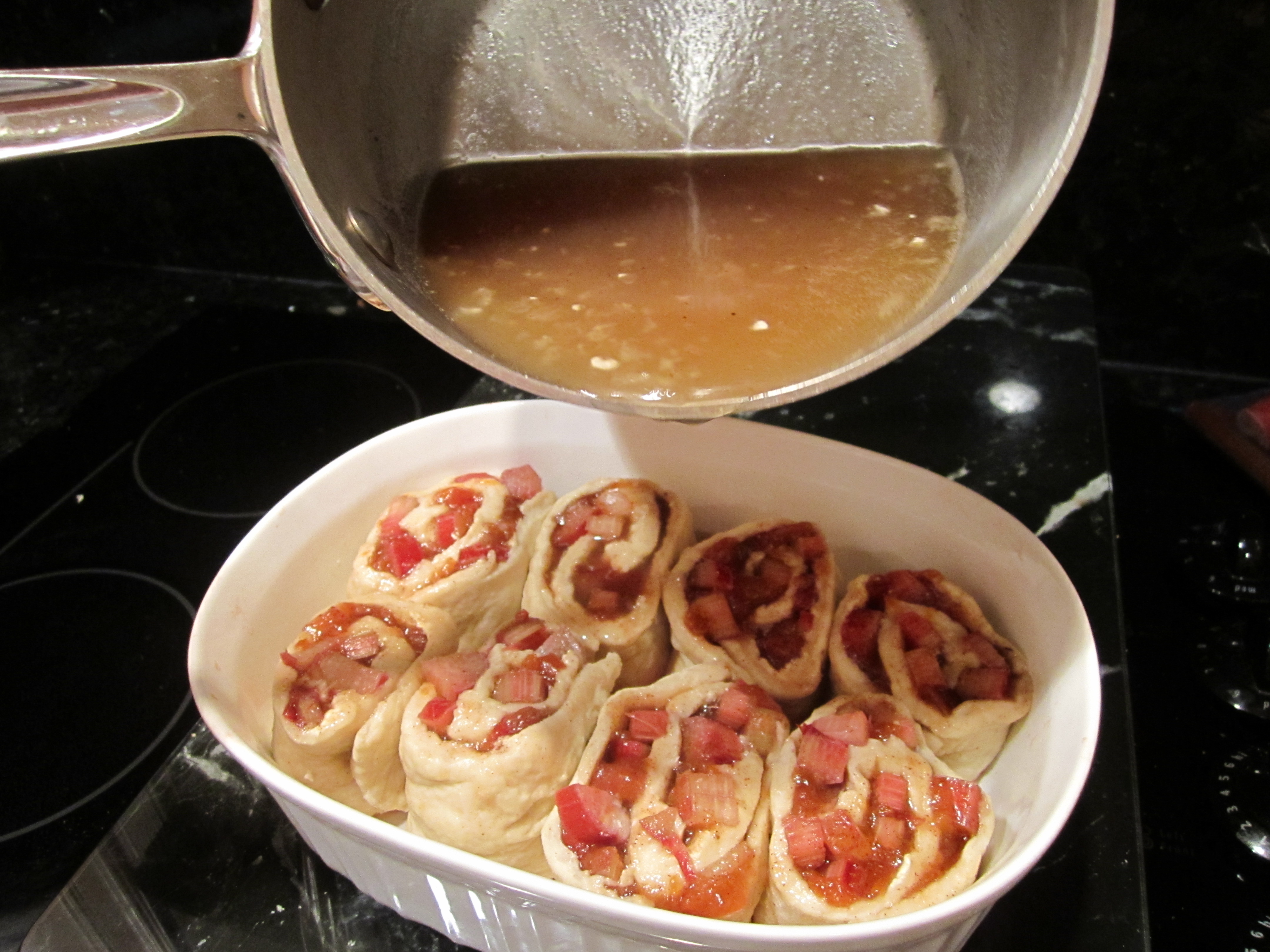 I was surprised by how much sauce I made. At that point, I realized I was really making dumplings and not cinnamon rolls. The dough was actually going to steam in the sweet sauce. What a cool concept! I was hooked and IÂ hadn’tÂ even tried the dumplings yet. 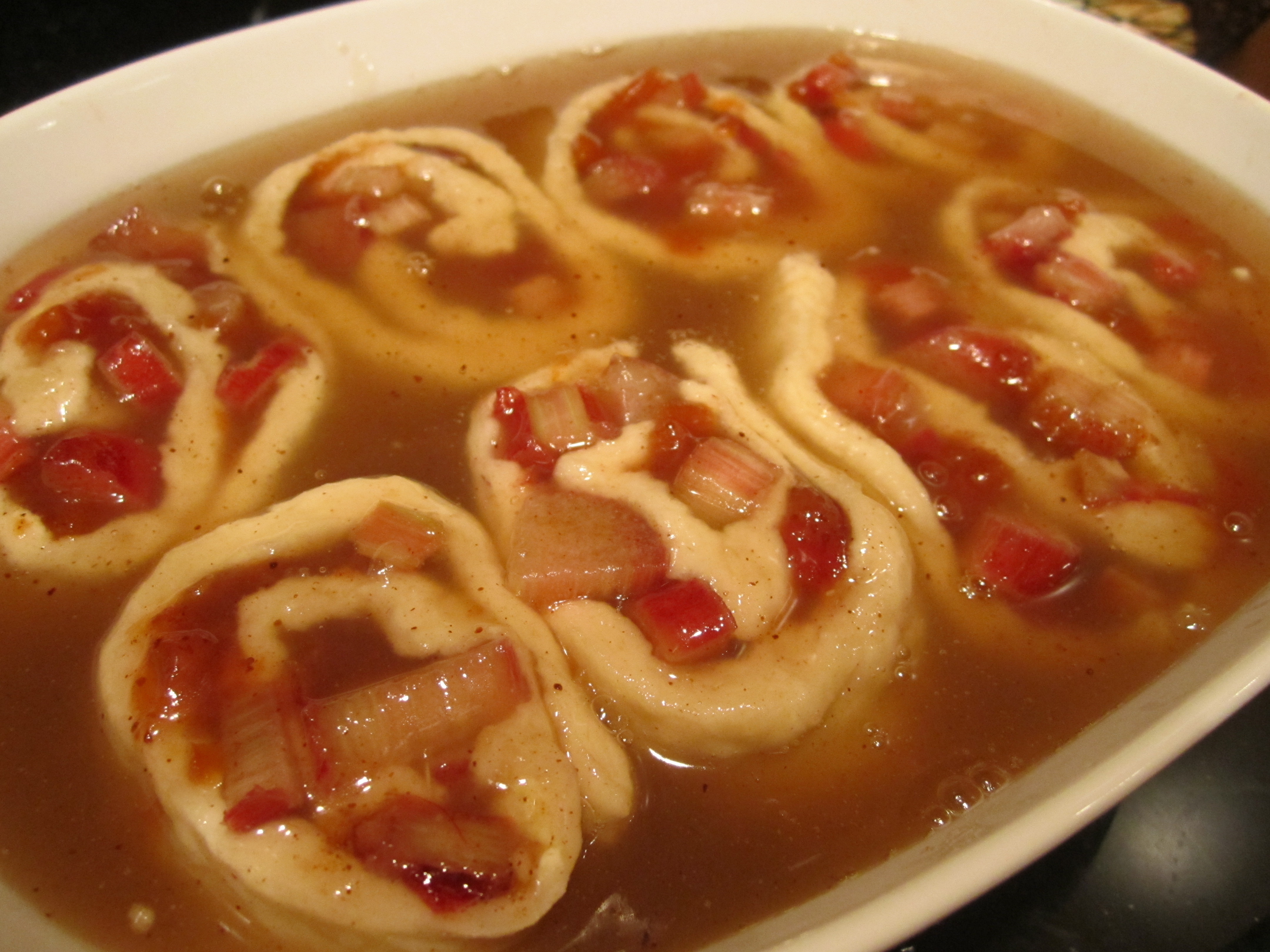 1 hour at 350 degrees and the dumplings were ready! I gave them a few minutes to cool down since hot preserves will burn your mouth, but then I was ready to dig right in. 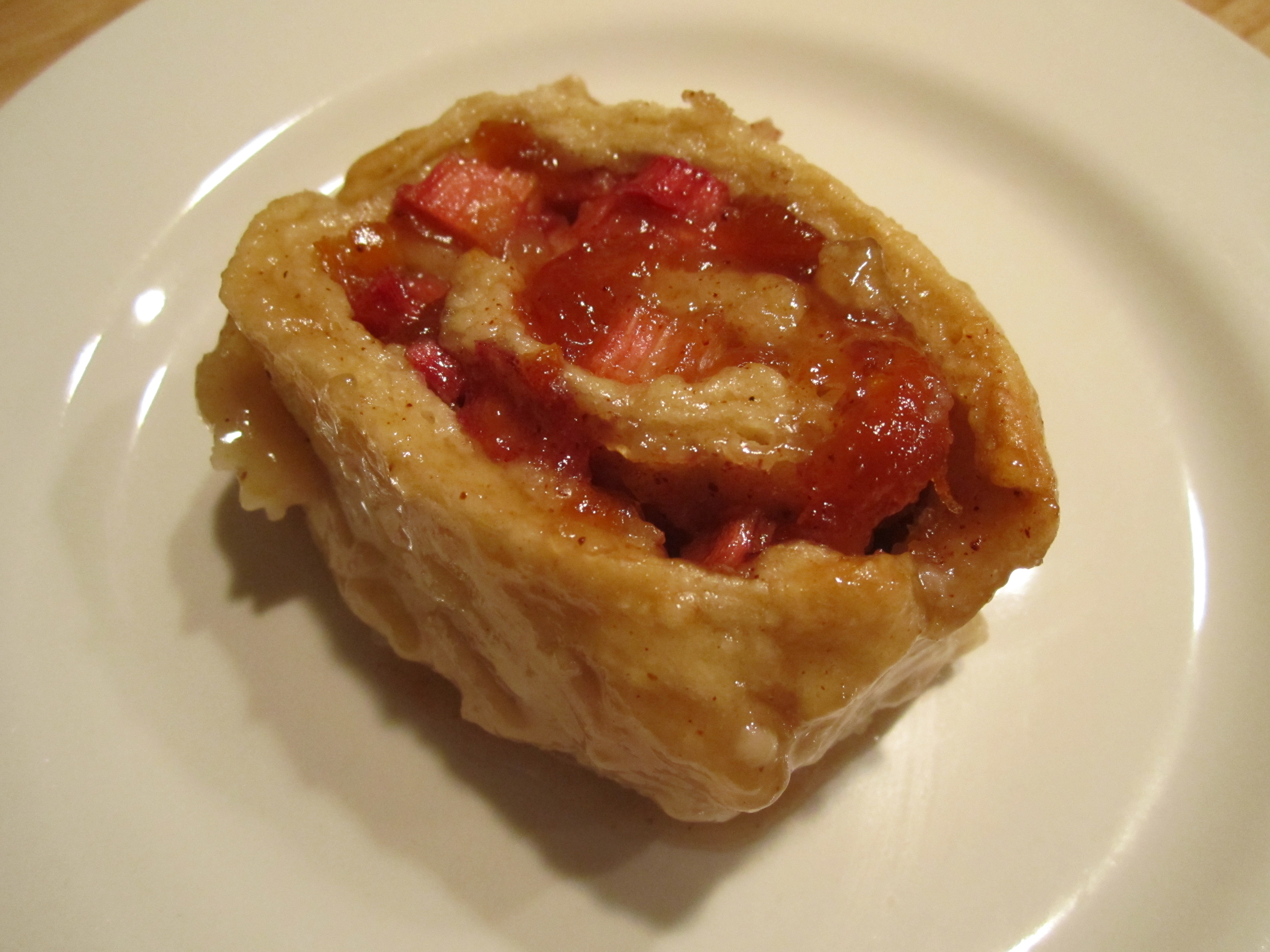 The dumpling was “fascinating.” That’s what Justin and I kept saying while we ate this delicious rhubarb concoction. The mix of fruits were sweet and tart while the dumpling was soft and scrumptious. As I said before, I was expecting a cinnamon bun but this was certainly not that. This was a dumpling! I’m use to soup dumplings and this was something much better. Try it out and I think you will be as pleasantly surprised as I was.