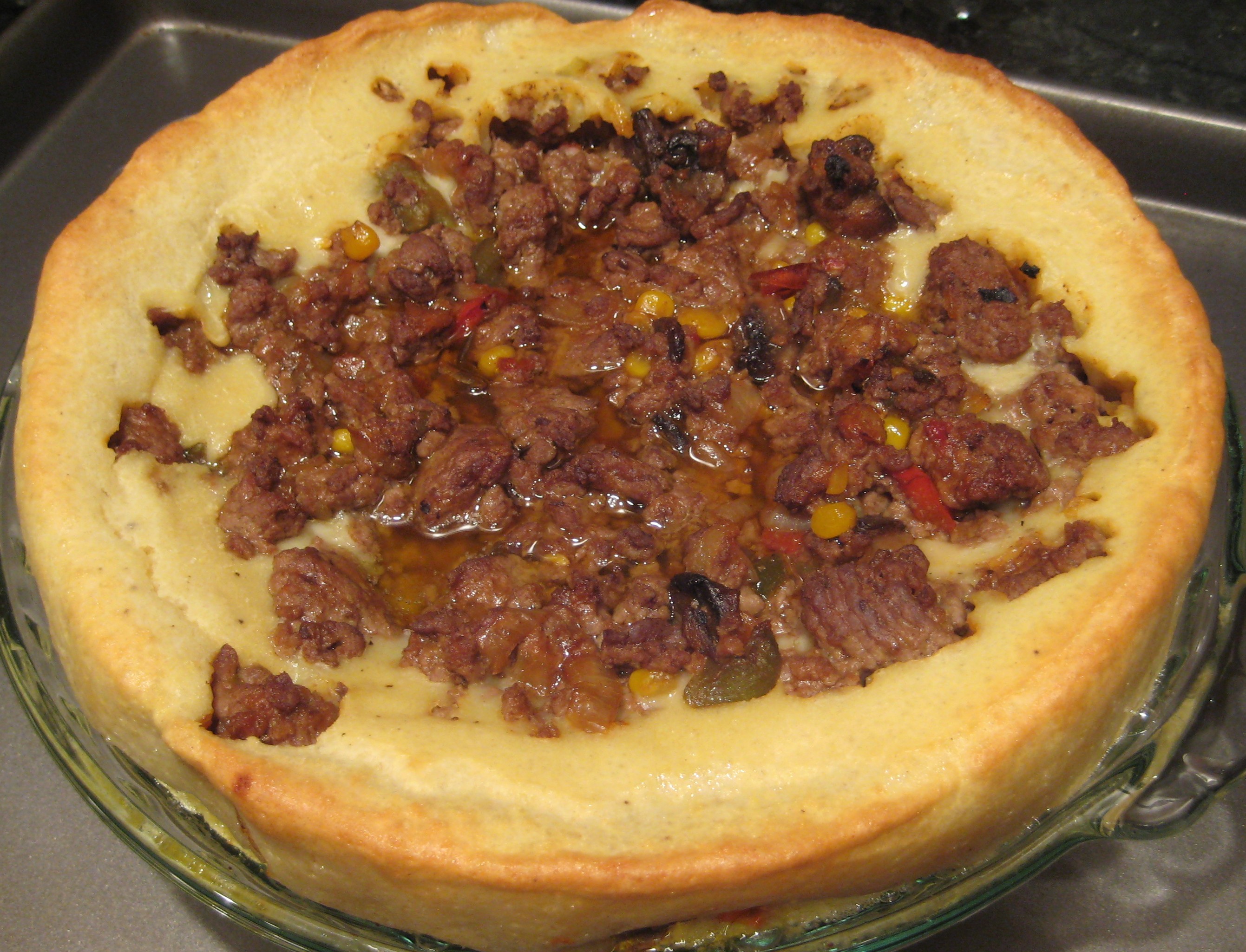 Have you ever heard of Yorkshire Pudding? Until I sawÂ this bread-like dish on “The Best Thing I Ever Ate” on The Food Network, I hadn’t either. While watching the ‘Best Thing I Ever Made for the Holidays’ episode that was saved on my DVR, chefÂ Alex GuarnaschelliÂ showed us her recipe for roast prime rib with yorkshire pudding. Â I was inspired! What was this puffy bread made from batter and not yeast?!? I researched yorkshire pudding onlineÂ and found out that it is a dish that originated in Yorkshire, England. As we all know, England isn’t exactly known for its food, so I reallyÂ just had to try it out in my own kitchen. After doing more research, I learned that yorkshire pudding isn’t really bread atÂ all, but moreÂ of a popover or souffle. Thanks Google!Â

It didn’t take long for me to put together this yorkshire pudding dish. I had thought about making a traditional pudding with a side of beef, but cooking the meat directly in to the batter seemed more interesting and hearty. I read at least 10 different recipes until I came up with my own and I think it came out exactly like I wanted. Sweet ground meat, lots of vegetables and a delectable crust.

1/4 cup BBQ sauce (whatever flavor you like)- many of the recipes called for canned gravy, so you can use that instead of BBQ sauce

salt and pepper to taste

The first thing I did was brown the meat. No oil was needed in the pan since the meat actually cooks in its own oils. This took around 10 minutes. I then drained the meat and added the vegetables, corn relish, BBQ sauce, ketchup, salt and pepper. I mixed everything together and set it aside. 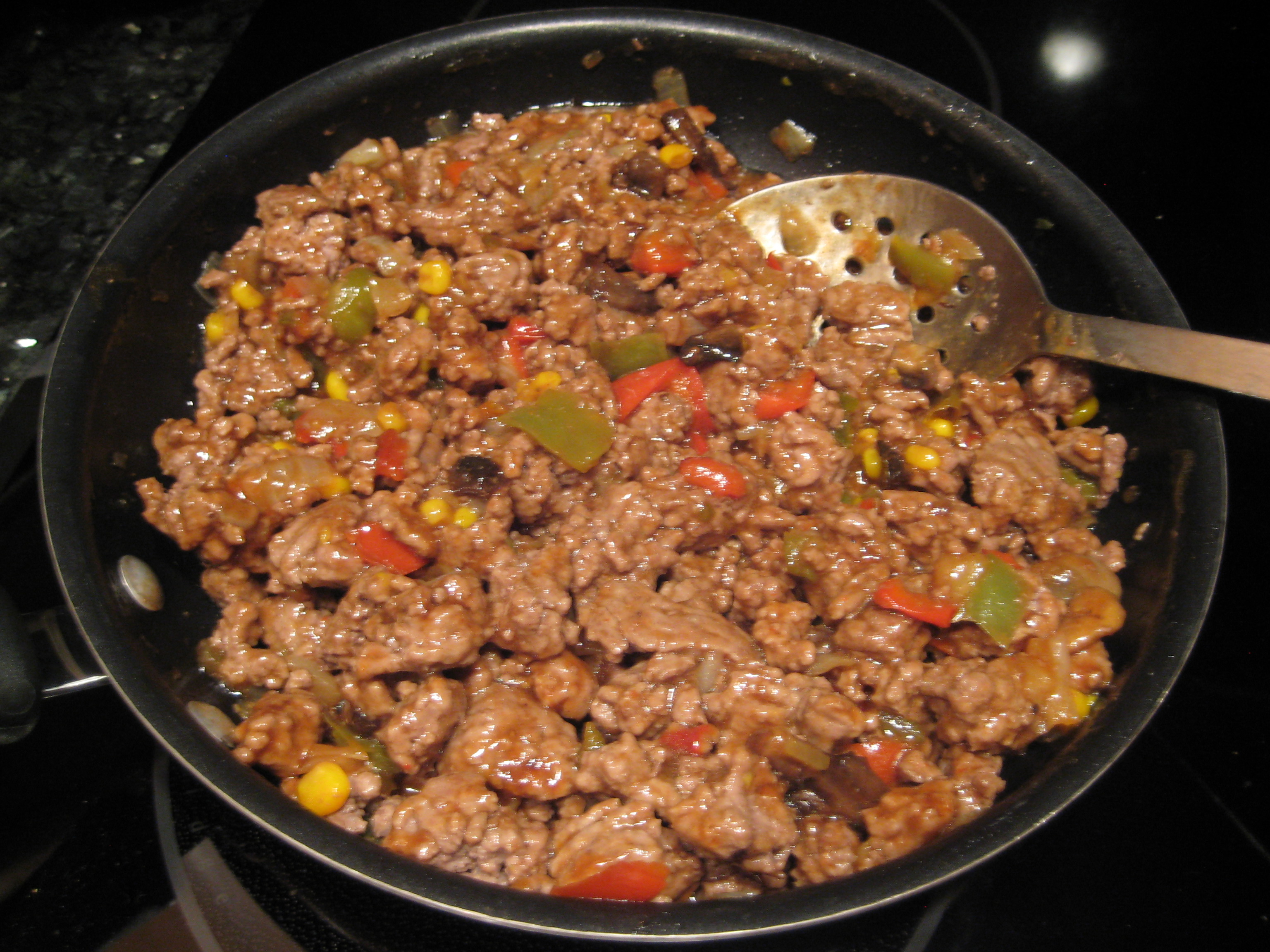 I would say the most important part of the process happens now: I placed the margarine in a 10 inch pie plate on a cookieÂ sheet and put it the oven at 425 degrees. Not only will the margarine melt, but the pie plate will get very hot and this will help the batter rise later on. In a bowl,Â IÂ whisked together the eggs and milk, then added the flour, salt and pepper and mixed until the batter was very smooth. IÂ took the pie plate out the oven carefully and poured the egg mixture Â in to the hot dish.

I then spooned the meat mixture evenly over the batter, leaving an inch around the edge for the pudding to rise. I put the pie dish back in the oven and let it cook for 25 minutes. One good tip that I read is to keep the oven door closed so that the pudding rises. It’s not exactly like a souffle, where you have to be careful every step of the way to makeÂ sure the batter rises, but when you make yorkshire pudding, you just need to follow the directions and everything should rise correctly.Â So really, just leave the oven door closed while the yorkshire pudding beef pieÂ bakes and there’s no way you can mess this up! 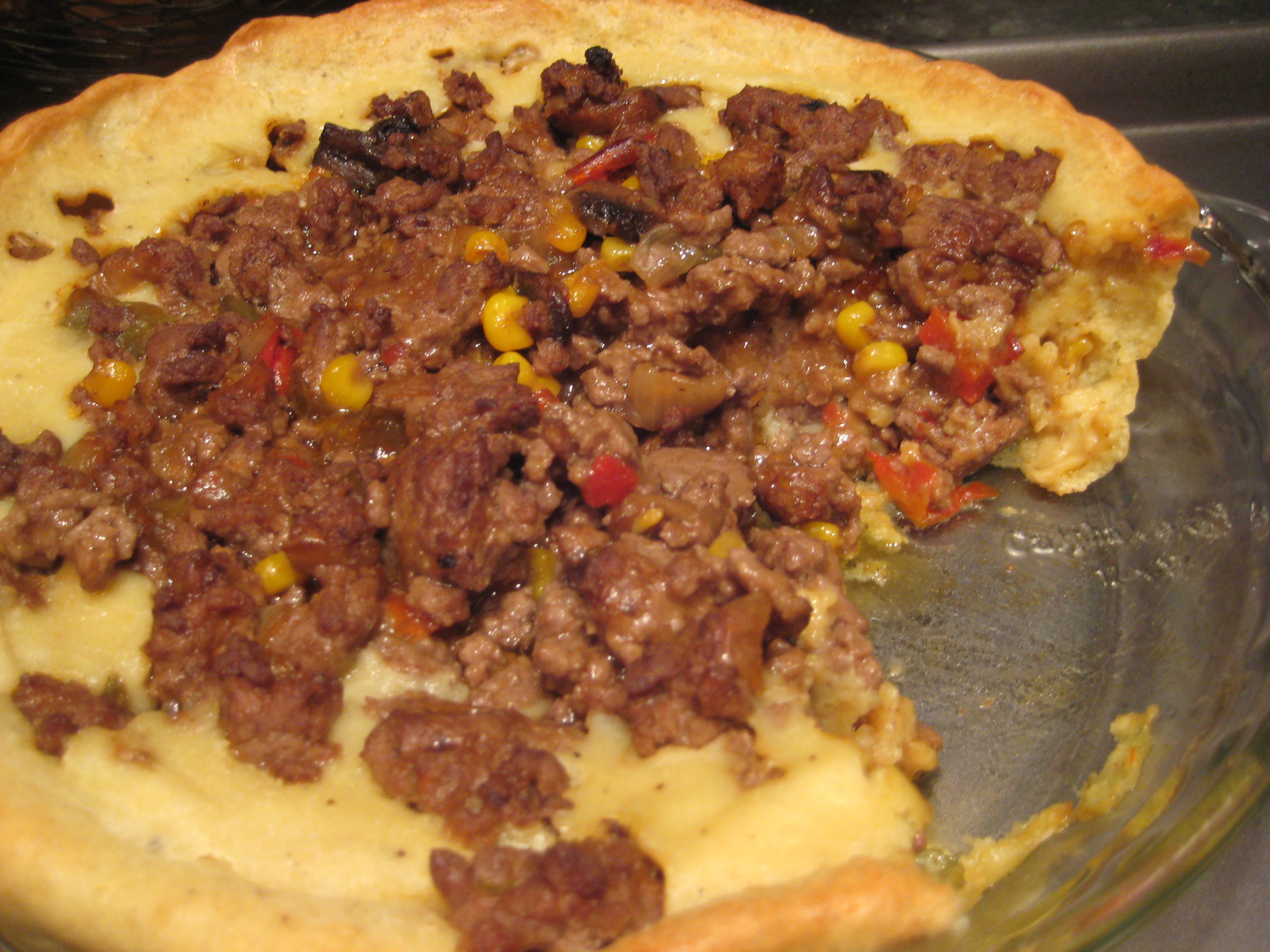