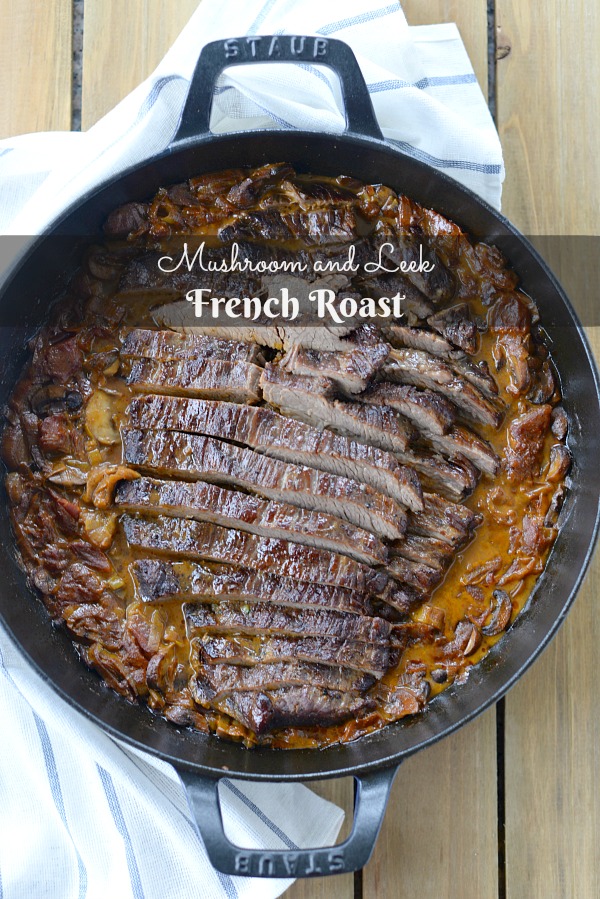 I was seriously just making this recipe up for Shabbat and then this blog post happened! Thank goodness I wrote down some notes as I was cooking because the recipe came out so dang good that I pulled out the DSLR and started taking pics! I’m a huge fan of braised roasts because you cook it low and slow and the meat always turns out so tender and flavorful. I always begin by browning the roast (you can use your favorite cut…it doesn’t have to be a French roast) in a searing hot cast iron skillet. ALWAYS! I’m a big fan of enameled cast iron because it doesn’t need to be seasoned and you can wash it with soap and water. But hey, I still do love a seasoned cast iron pan so whatever you have on hand will work. I will add that when cooking with acidic foods like tomatoes, it’s better to use an enameled pan because the acid can cause the iron to leech out. If that’s something you are worried about, buy enameled or don’t cook with acids in your seasoned cast iron. Totally up to you! Okay, I got a little off track so as I was saying…after browning the meat and setting it aside, I never ever let those yummy brown bits that are stuck to the bottom of the pan go to waste. For this recipe, I added mushrooms and leeks but you can add whatever veggies you have on hand. Then you add the liquid gold. It can be red wine, stock, juice, canned tomatoes, etc. This is what deglazes the pan and picks up all those brown bits I already mentioned. Using a wooden spoon (never metal or you will scratch up your pan), you pick up those brown bits and they mix right into the sauce. So good! Add the meat back in, cover that pot and simmer on low for hours. Low and slow may not be the way I go through life but it’s certainly how I like to cook my meat. 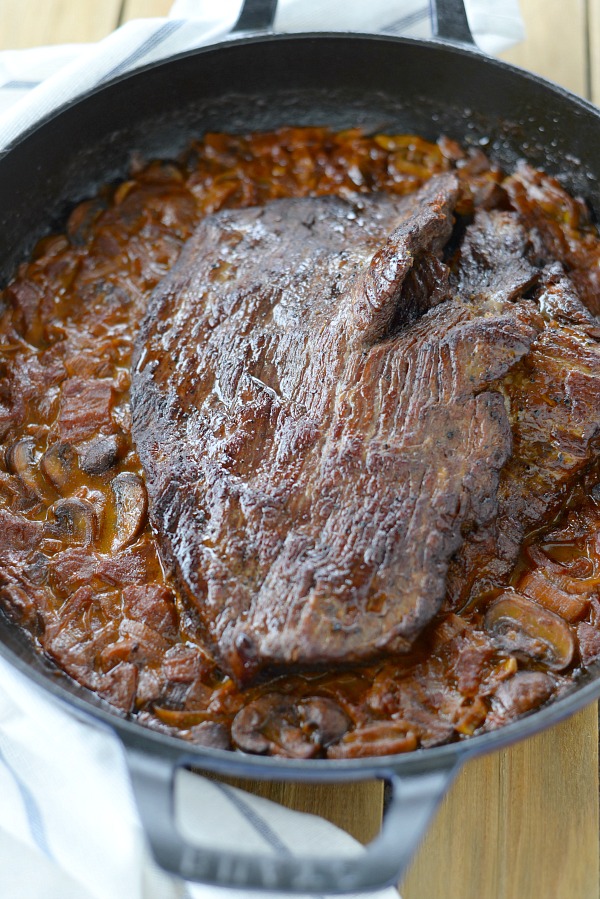 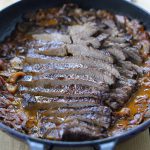 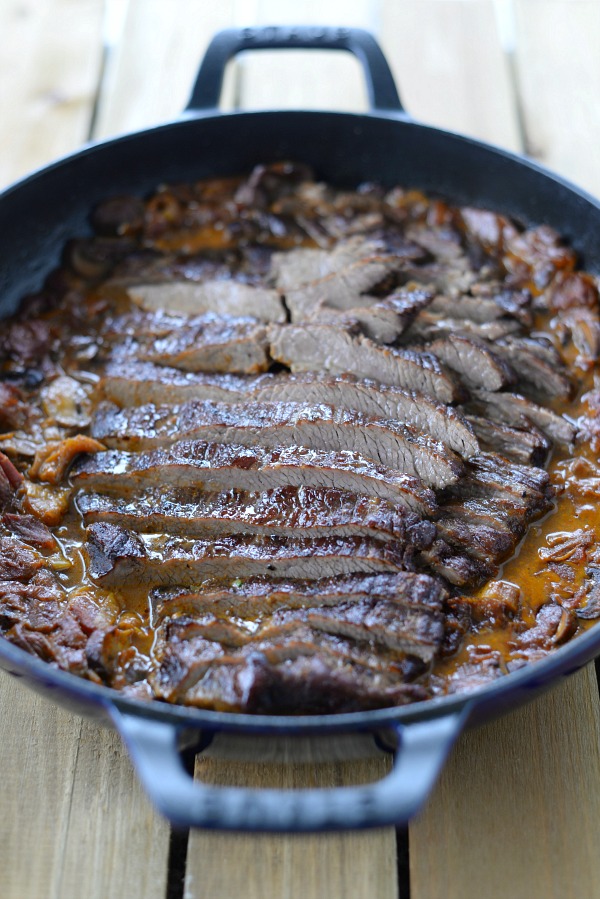